The iPhone’s camera has long been one of the best smartphone cameras around, and with the release of iOS 10.2, you can set and preserve your favorite Camera mode with just a few taps of the finger. Here’s how. 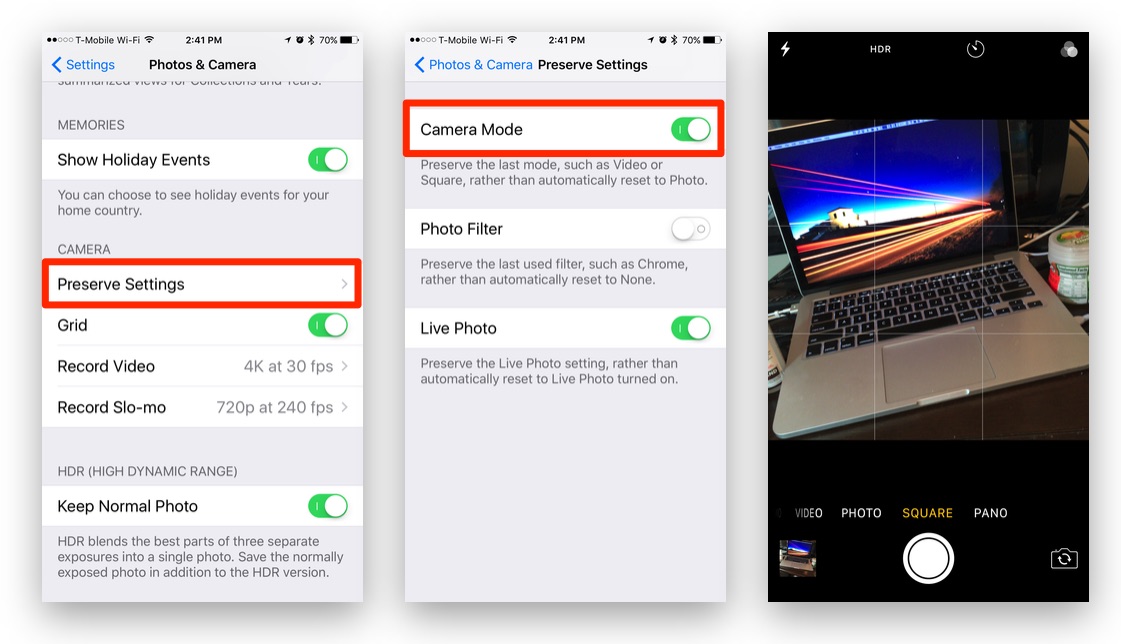 Set and Preserve the Previous Camera Mode in iOS

As you can see in the middle screenshot above, you can also preserve the last used filter and the setting for the Live Photo feature.

Sadly, you can’t set the Camera app to use HDR every time you shoot a photo. That was available in a previous version of iOS, but for some reason, Apple disabled it. So, you’ll need to toggle that on whenever you need it.