Netflix outperformed expectations in the fourth quarter of 2016, adding over one-third more subscribers than expected. In a letter to shareholders, the streaming video provider said it signed up 7.1 million new subscribers worldwide, almost two million more than expected. 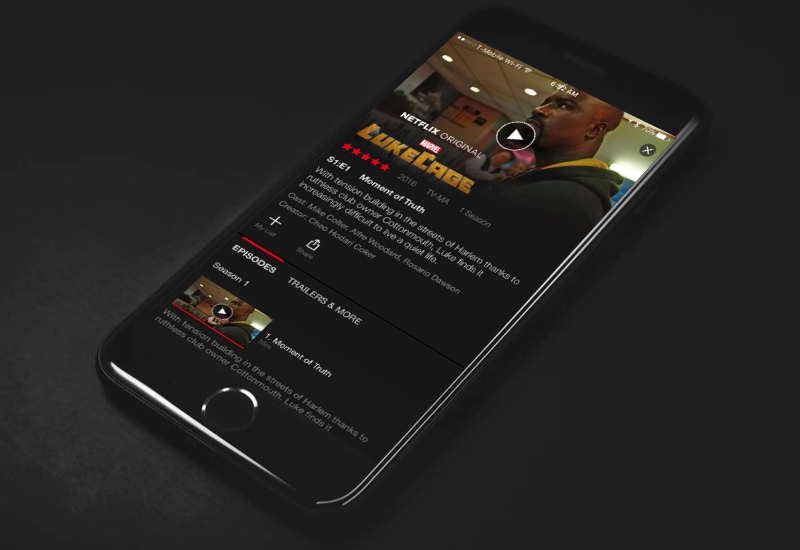 Revenue also increased for the company in 2016, as it brought in $8.3 billion for the year (35% year-over-year growth). Netflix’s posted earnings of 15 cents per share on revenue of $2.48 billion in the quarter, beating Wall Street expectations of earnings at 13 cents per share.

In 2016, we generated $8.3 billion in global streaming revenue (35% y/y growth) and finished the year with 93.8 million members on 19.0 million net additions vs. 17.4 million in 2015. This quarter marks the 10-year anniversary of our launch of streaming. The next decade will be even more amazing and tumultuous as internet TV supplants linear TV, and as we strive to remain a leader.

The company pointed to the success of its original content, including shows like Luke Cage, Black Mirror, and The Crown, as reasons for the subscriber and income boosts.

We are learning rapidly how best to match content with audience tastes around the world. It is clear to us that high quality content travels well across borders. For instance, our global originals like Marvel’s Luke Cage, The Crown and season 3 of Black Mirror continue to generate excitement and excellent viewing all across the world. Similarly, Gilmore Girls: A Year in the Life debuted in the top 10 in every territory. Guillermo Del Toro’s Trollhunters, launched in December, is tracking to be our most-watched kids original and is performing particularly well in our newer territories. We closed the quarter with the release of The OA, a mind-bending, multi-layered supernatural drama that is a great example of the bold, creative storytelling we’ve aimed to support.

Gratifyingly, our first Brazilian original series 3%, a sci-fi, post-apocalyptic thriller, premiered as one of the most watched originals in Brazil and played well throughout Latin America. Moreover, bucking conventional wisdom, millions of US members have watched the show dubbed and subtitled into English, making 3% the first Portuguese language television show to travel meaningfully beyond Latin America and Portugal.

It was recently announced that the streaming company had signed a deal with comedian Jerry Seinfeld to stream his popular series Comedians in Cars Getting Coffee. The deal includes the previous episodes currently running on Crackle, as well as new episodes.  Seinfeld will also produce two new stand-up specials and develop other shows as part of the deal.