Although Apple hasn’t yet released the first beta seed of watchOS 3.2 to developers quite yet, they have jumped the gun a bit and shared the upcoming release’s release notes, which highlight the new features to come. 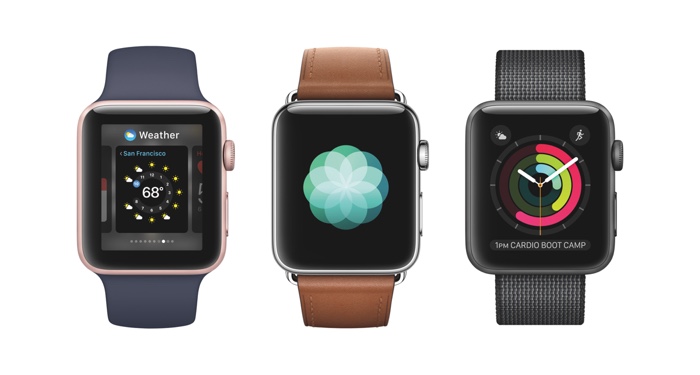 The release notes indicate that the much-rumored “Theater Mode” which was said to be on the way to the iPhone in iOS 10.3, is actually headed to the Apple Watch. While the notes mention the feature as being part of watchOS 3.1.3, it hasn’t appeared as an option on the Apple Watch.

Introduced in watchOS 3.1.3, Theater Mode lets users quickly mute the sound on their Apple Watch and avoid waking the screen on wrist raise. Users still receive notifications (including haptics) while in Theater Mode, which they can view by tapping the screen or pressing the Digital Crown.

watchOS 3.2 will also bring SiriKit to the Apple Watch.

watchOS 3.2 includes SiriKit. Users can ask Siri on their Apple Watch to book a ride, send a message, make a payment, or make other requests that your app can handle.Apps that provide services in specific domains can use SiriKit to make those services available through Siri on watchOS. Making your services available requires creating one or more app extensions using the Intents and Intents UI frameworks. SiriKit in watchOS supports services in the following domains:

To learn how to support SiriKit and give users new ways to access your services, read SiriKit Programming Guide.

The release notes also mention WatchKit Framework Enhancements and an AVAudioPlayer API as features for watchOS 3.2. The new Apple Watch OS beta hasn’t yet been released, but new iOS, macOS, and tvOS beta were released earlier today, so hopefully the new watchOS beta will be available soon.