Although Twitter shut down its Vine app and service on Tuesday, that doesn’t mean we’ve seen the last of the six-second looping videos. The messaging service has released its new “Vine Camera” app, which allows the familiar six-second masterpieces to be saved directly to an iPhone’s Camera Roll or be shared to Twitter. 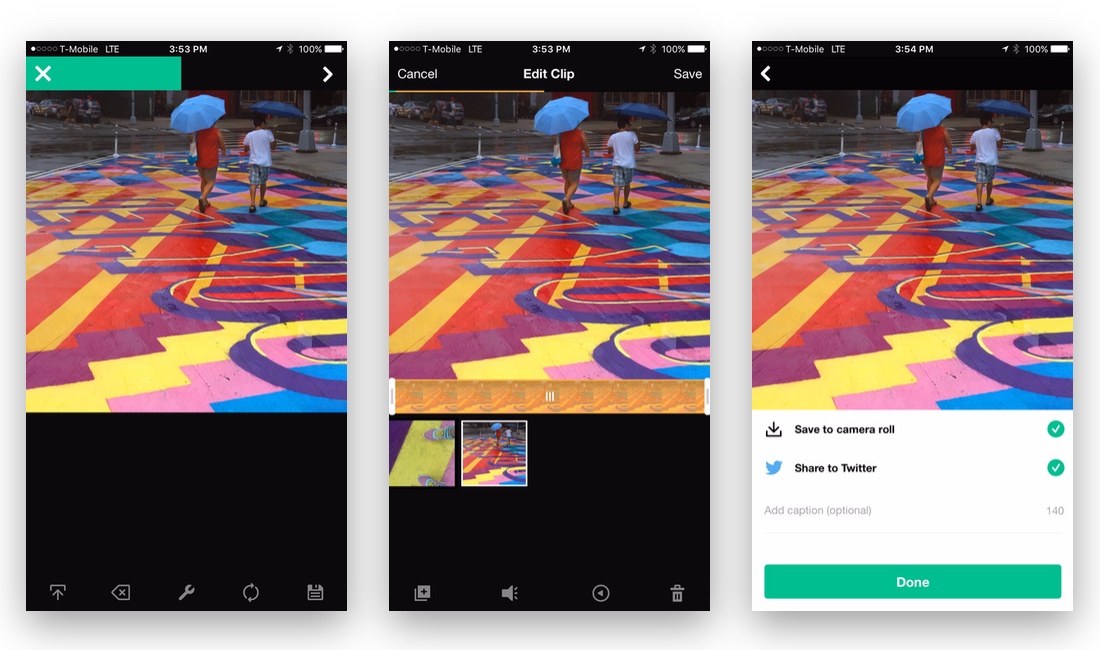 The Vine Camera is for making 6 second looping videos.

You can post the videos directly to Twitter or save them to your phone. Videos that are posted From the Vine Camera to Twitter will loop.

The Vine Camera supports iPhone 4s and up, running iOS9+.

The new free app is available for download from the App Store, but it appears that if you had the old Vine app loaded on your device, it will be automatically updated to the new app. The new app sports a black icon.

Faced with nine straight quarters of slowing revenue growth, Twitter announced in October that it was making moves to cut expenses by cutting 9% of its workforce and shutting down the Vine short video streaming service.

Twitter’s decision to cut costs follows an unsuccessful attempt to find a buyer for the short messaging service and its related services. Apple, Disney, Google, and Salesforce had all been mentioned as possible suitors, but none of the possible buyers could agree on terms.

The new Vine Camera app is available free in the App Store. [GET IT HERE]