Upwork states that their Skills Index “calculates year-over-year growth rates based on freelancer billings”. Today’s list compares freelancer billings from Q4 2016 versus Q4 2015. Natural language processing coming in at number one seems clear when the case for a better Siri and improved AI systems has been a common theme over the past year.

Swift’s 2nd place spot in the fourth-quarter of 2016 is a nice jump from its 9th place ranking in Q3 2016. (The Upwork Skills Index calculates year-over-year growth rates based on freelancer billings through Upwork in Q4 2016 versus Q4 2015.) 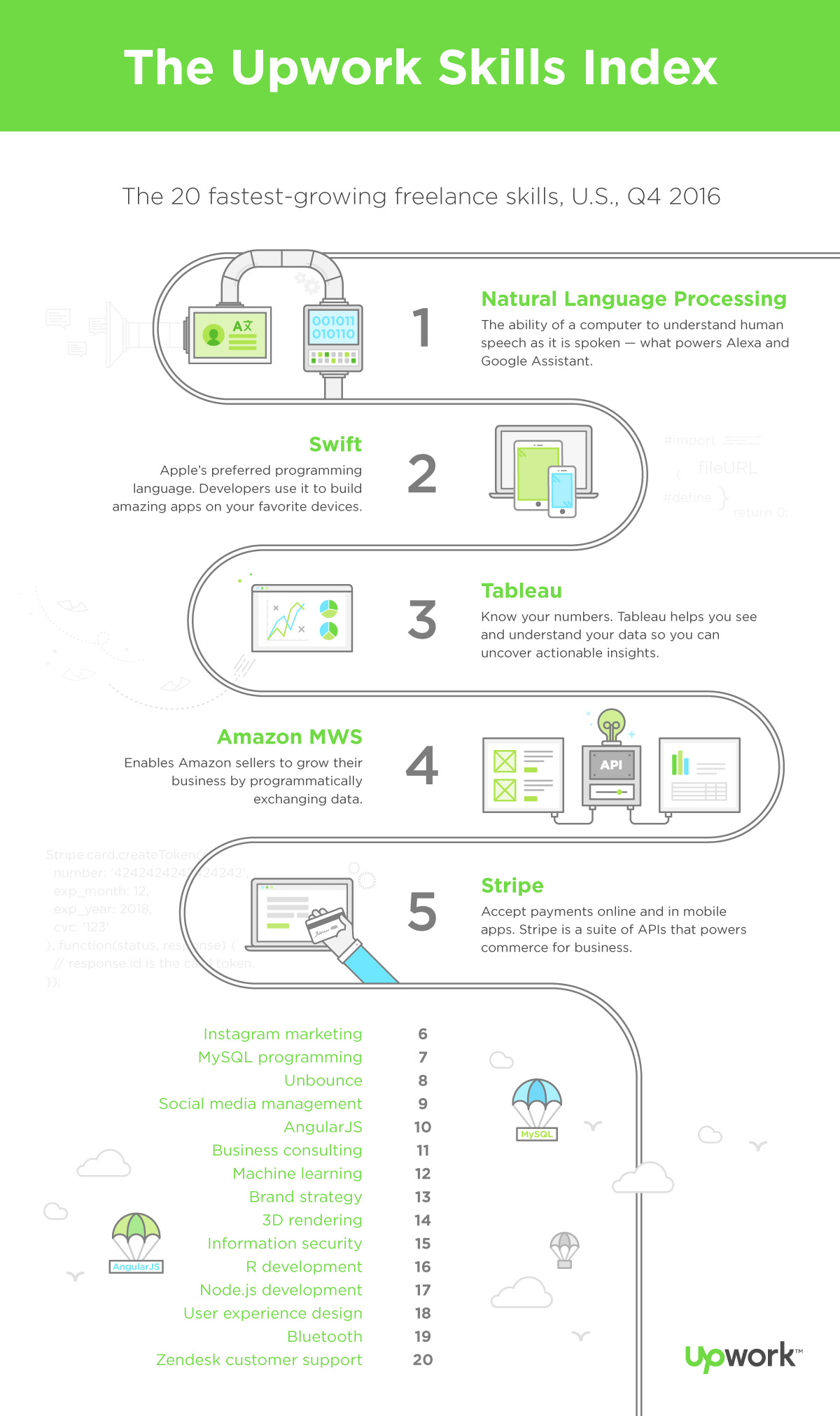 Upwork is the world’s largest freelancing website. As an increasingly connected and independent workforce goes online, knowledge work —like software, shopping, and content before it— is shifting online as well. This shift is making it easier for clients to connect and work with talent in near real-time and is freeing professionals everywhere from having to work at a set time and place.