When Apple debuted watchOS 3 last fall, they also introduced a new feature called “Breathe,” which reminds you to take the time and do some breathing exercises. This consists of stopping whatever you’re doing and taking the time to focus on your breathing. This is designed to get us to practice a bit of mindfulness and center a bit.

While occasionally the reminders come as a welcome respite from the normal workday, occasionally you may be in a situation, such as a meeting, or in the middle of a particularly busy day, where you don’t have time to take a “Breathe” break. On those days, you can either lengthen the time between breath breaks or put a stop to them all together. 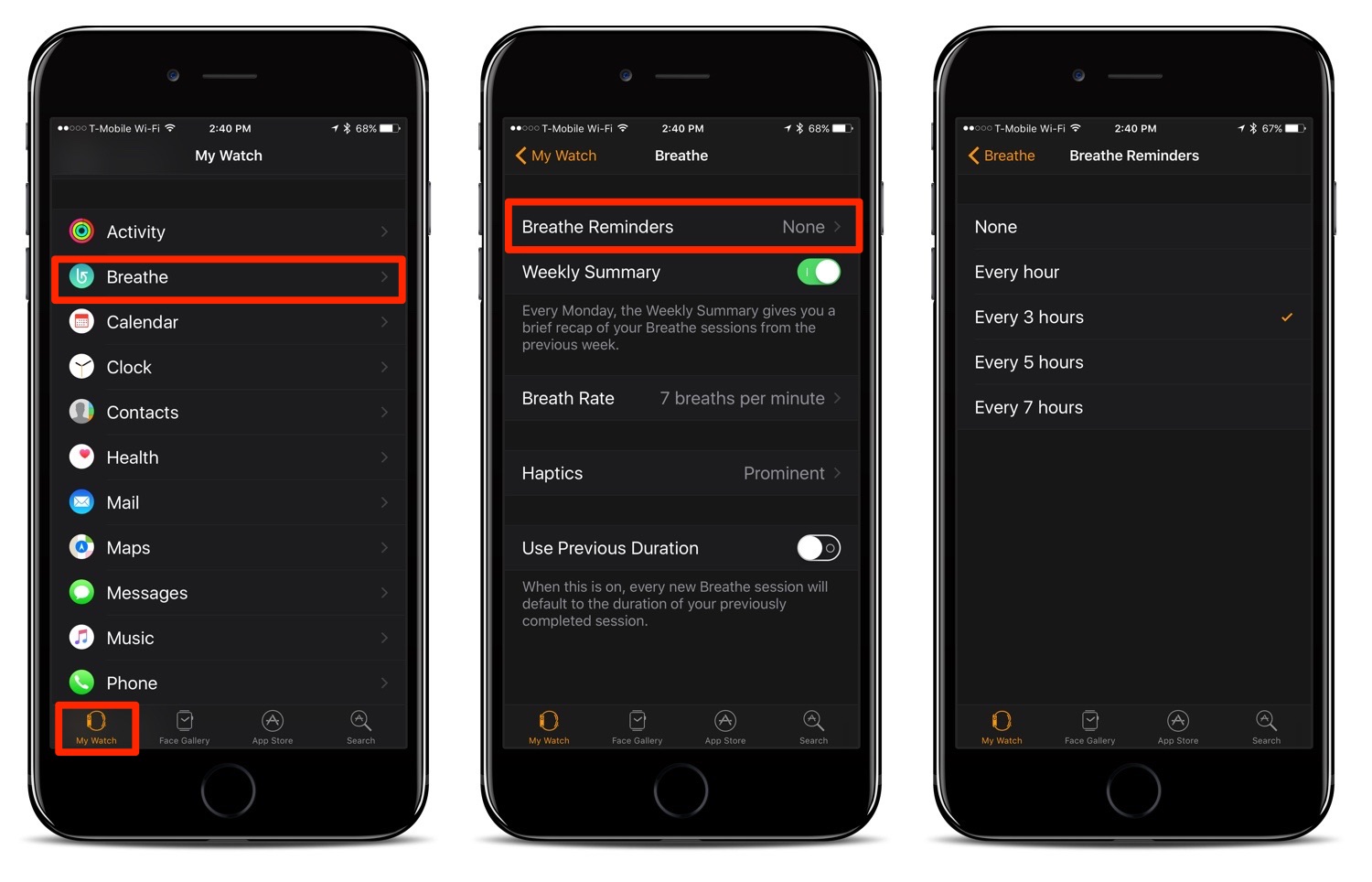 Now, your Apple Watch will take notice of the changes, and react accordingly.

What is the Science Behind the Breathe App?

In case you’re curious about the idea behind the Breathe app, let’s take a quick look behind the scenes. There has been quite a bit of scientific study, which supports claims that by a person concentrating on their breathing, they can help alleviate their stress, and reduce anxiety.

Scientific American notes Mindfulness Meditation was originally an ancient Buddhist meditation technique, but in recent years mindfulness has evolved into a range of secular therapies and courses, most of them focused on being aware of the present moment and simply noticing feelings and thoughts as they come and go.

The technique has been accepted as a useful therapy for anxiety and depression for around a decade, it’s being explored by schools, pro sports teams, and military units as a way to enhance performance. The technique is also said to be showing promise as a way of helping sufferers of chronic pain, addiction, and tinnitus.

Brain imaging techniques have revealed that the practice can profoundly change the way different regions of the brain communicate with each other – and therefore how we think – permanently.

MRI scans taken after an eight-week course of mindfulness practice show a shrinking of the amygdala, the brain’s “fight or flight” center. As the amygdala shrinks, the pre-frontal cortex – associated with higher order brain functions such as awareness, concentration, and decision-making – becomes thicker. The connection between the amygdala and the rest of the brain gets weaker, while the connections between areas associated with attention and concentration get stronger. This appears to cause more primal responses to stress to be superseded by more thoughtful ones.