Siri finally came to the Mac as a part of the release of macOS Sierra 10.12 in the fall of 2016. By default, Siri is represented as a female. However, it’s easy to change the gender of Apple’s virtual assistant. You can also change Siri’s accent or language. Here’s how.

Changing the Language, Gender, or Accent of Siri on the Mac

Changing the gender of Sir on your Mac is easy to do, and takes just a few clicks of the mouse. Even if you don’t make the change a permanent one, it’s fun to listen and see how Siri sounds as you select various languages and accents.

1.) Click the Apple icon in the upper left-hand corner of your Mac’s Desktop, and click the “System Preferences…” menu option, as seen below. 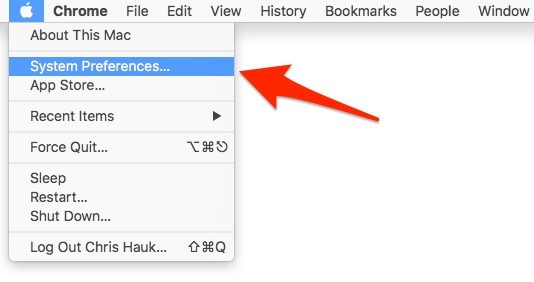 2.) In the System Preferences window, Click the “Siri” icon. 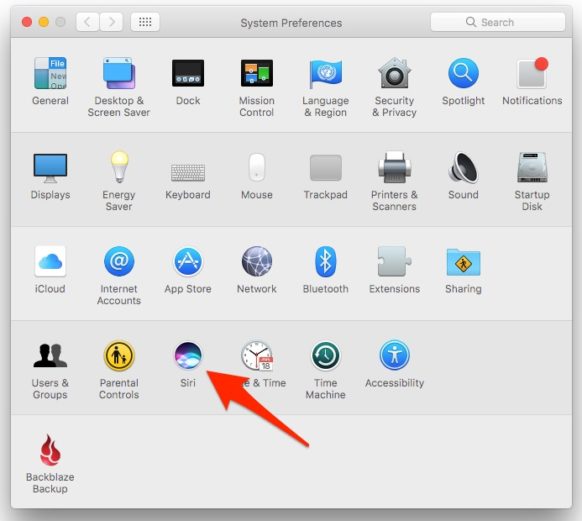 3.) When the Siri Options Screen appears, we’ll be concentrating on the “Language,” and “Siri Voice” options, as pointed out below. 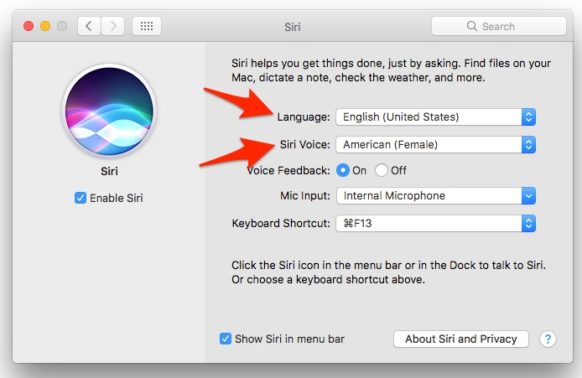 4.) Click on the “Language” pull-down menu. Here, you’ll find all of the languages that Siri is capable of speaking. Currently, Siri can speak over 40 different dialects of languages used around the world. Click the language you wish to hear Siri speak, and then ask a question. It really is quite entertaining to hear the replies in the various dialects. (Don’t forget to change the Language back to “English” if you don’t want the new language to be the default.) 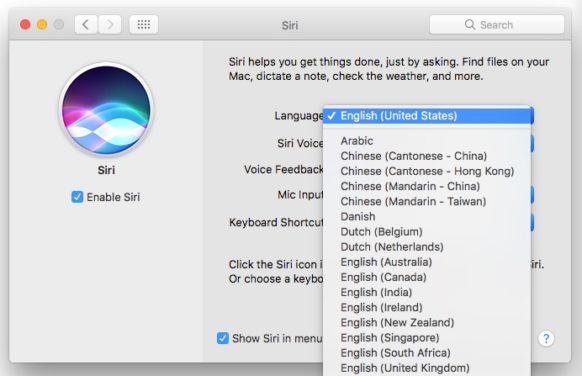 5.) To change the gender or accent of Siri’s voice, simply click the “Siri Voice” pull-down menu to select a new gender or accent. You’ll find that some Languages, (like “English”), offer a number of accent options for Siri’s voice. While others, (like “Arabic,” or “Chinese (Cantonese – China), offer only a single option. Click the voice you’d like to hear Siri reply to your queries in, and then ask a question. I love trying the various accents. (Currently I have Siri set to “Irish (Female),” that makes bad weather a bit easier to hear about.) 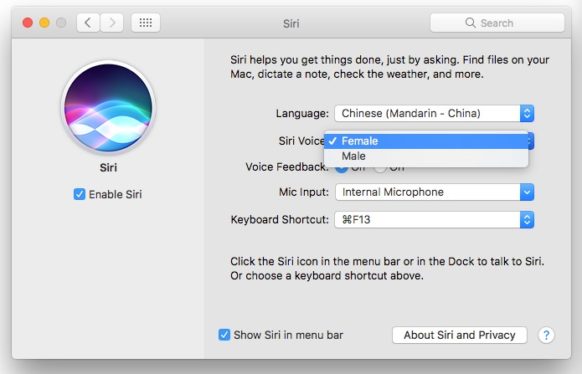 6.) Once you have Siri’s language and accent just as you like it, you can go ahead and close the “Siri” window by clicking the red “X” button in the upper left-hand corner of the window. (Or if the keyboard is how you roll, just hit “Command + W” or “Command + Q” to close the window.) 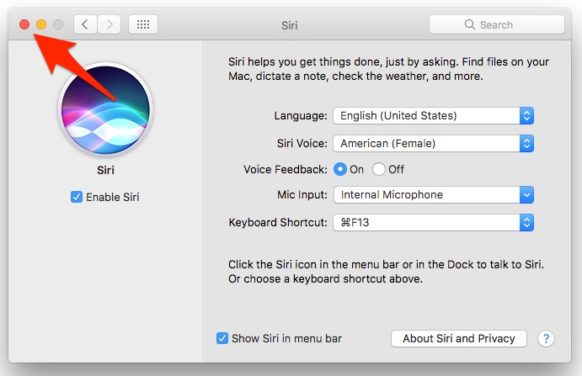 Adjusting Siri’s language, accent and gender is just one more way to make your Mac your own unique productivity tool. If you’d like to find out how to summon Siri on the Mac by using just your voice, be sure to read our “how to” on that subject, available here.