Time Warner has launched its cartoon streaming service, Boomerang, on the Apple TV. The app for the family-friendly service was made available to iPhone and iPad owners back in April. Boomerang is also available via cable and satellite television providers. 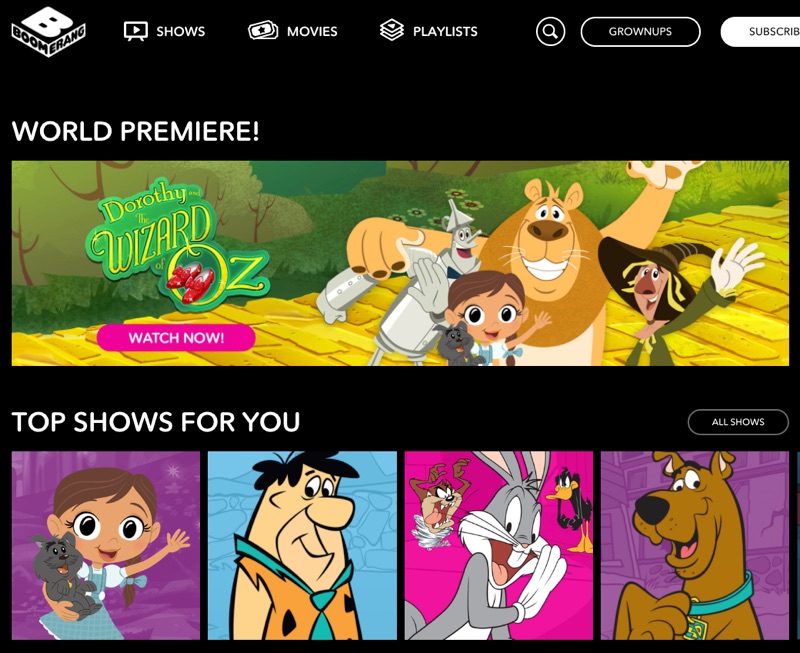 Boomerangs has around 5,000 episodes from the Hanna-Barbera, Looney Tunes and MGM’s libraries to draw content from, so you’ll have to binge quite a few Saturday mornings before you run out of things to watch. (So stock up on the Captain Crunch!)

To celebrate the launch of its first original content, “Dorothy and the Wizard of Oz,” Boomerang is offering a 30-day free trial for residents of Kansas who sign up through July 4. Once the free trial is over, Kansas residents will be required to pay the standard $4.99 per month or $39.99 per year, no matter how many times they click their heels together.

Interested folks can sign up for the service through the app or the Boomerang website. The Apple TV app requires a fourth-generation Apple TV, while the iOS version requires iOS 9.0 or higher.