Apple Pay has added numerous new banks and credit unions to its support rolls in the US, UK, Italy, Russia, and China. 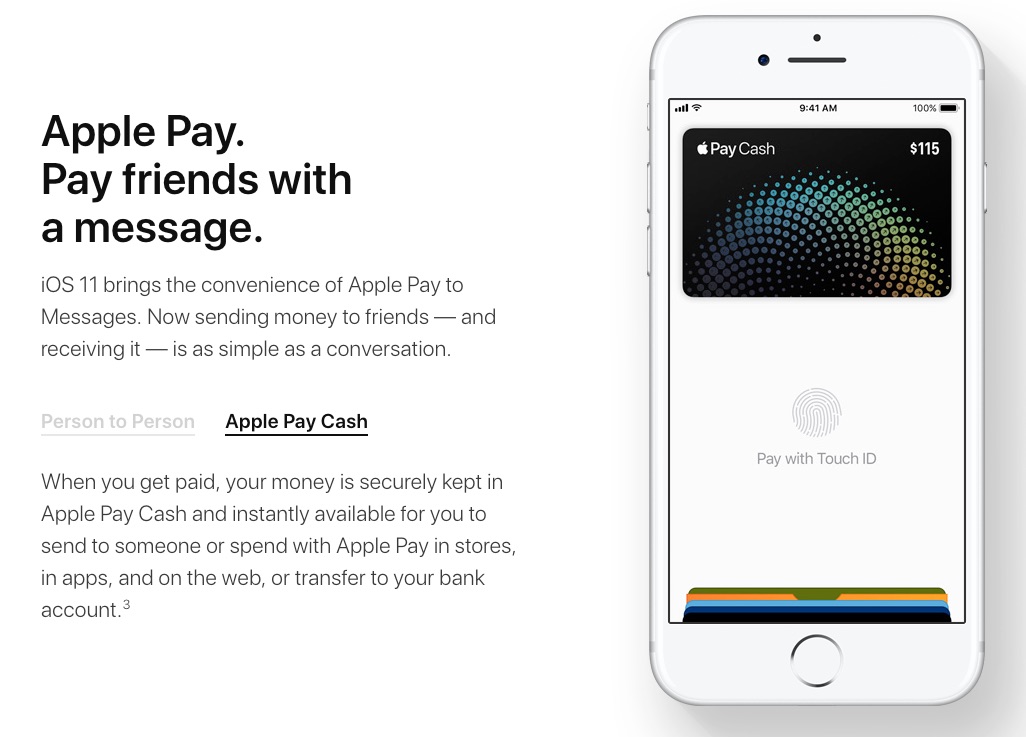 The new financial institutions in the U.S. include:

Apple Pay will boast a new set of features when iOS 11 and watchOS 4 are released to the public later this year.

A new “Person to Person” payment feature will allow users to send money to friends and family via iMessage.

Apple Pay Cash is a virtual debit card that accessible in the Wallet app, and will hold the money received via Person to Person electronic transfers. The money can be withdrawn to your bank account or used to make payment for goods and services at retailers that accept Apple Pay.