Yankai’s Triangle has been named Apple’s free App Store App of the Week, meaning the popular puzzler is available for the low, low price of free until next Thursday. This marks the first time the game has been available sans fee since it debuted in November 2016. 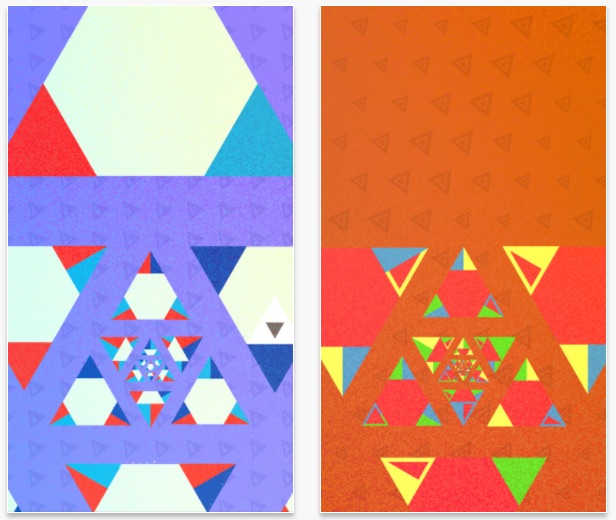 YANKAI’S TRIANGLE is a love letter to TRIANGLES. A puzzling puzzle game about the beauty and joy of infinitely tapping on TRIANGLES for some reason.

With an elegant innovative revolutionary TRIANGLE-first approach to interface, YANKAI’S TRIANGLE lets you tap on TRIANGLES to spin them and stuff. Colors play a part in gameplay too I think. Bring TRIANGLES to a forgotten TRIANGLE, and uncover a TRIANGLE hidden deep beneath the YANKAI.

• Pretty Fun Gameplay (it’s all right)
• No Filler – A Veritable Infinity of Meticulously Definitely Handcrafted TRIANGLES
• Over 1.74 x 10^26 Possible Levels (all definitely handcrafted)
• Color
• An Inscrutable Three-Pronged Scoring System
• A ‘Happy Sounds’ Option (woohoo!)
• A ‘Colorblind’ Option if You Are Colorblind (it’s not great tbh)
• A Cool Film Grain Effect (some people don’t like it but i think it’s cool)
• A Cool Tiled TRIANGLE Background Effect
• Also there are Leaderboards
• And some Achievements

From the App Store Editors:

This deceptively simple puzzle game is pure Pythagorean pleasure. Rotating multicolored triangular puzzle pieces to snap them together with their mates is dead simple at first, but when layer after layer of triangles are in the mix, we truly come to respect the power of three. Bright hues and funny sound effects help seal the deal–you might even say it’s very acute.

Yankai’s Triangle is available for iOS devices in the App Store, and is free until next Thursday. [GET IT HERE]