Apple on Monday announced their TestFlight beta app testing platform will now support up to 10,000 beta users per app, allowing developers to better test their apps prior to their public release in the App Store. 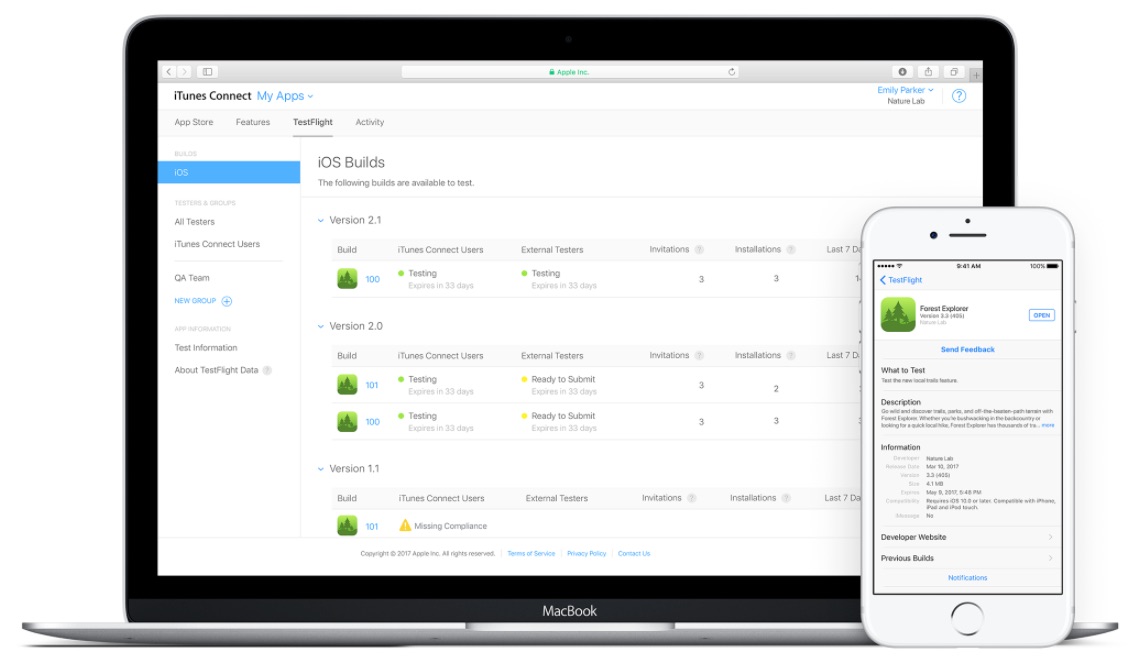 Now you can gain even more valuable feedback by inviting up to 10,000 users to beta test your apps before you release them on the App Store. TestFlight makes it simple to invite testers using just their email address and lets testers quickly provide feedback within the TestFlight app.

The new rules definitely give developers more elbow room when it comes to adding beta users for their apps. Since 2015, the beta user limit has been stuck at 2,000. Apple acquired the beta testing platform from its original developer, Burstly in 2014. Apple soon expanded the number of allowed beta users to 1,000 users per app, up from its original 100 devices per app.

In TestFlight, up to 100 apps can be tested at a time, internally or externally, and builds remain active for 90 days after they are uploaded. The platform supports multiple builds of iOS apps, watchOS apps, tvOS apps, and iMessage apps at the same time.