Apple has finally received the official go-ahead to build its €850M ($1B) European data center in Ireland. The approval comes more than two-and-a-half years after the project was first announced. 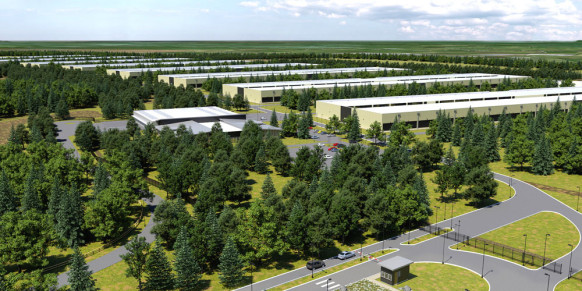 Apple has finally been given permission by Ireland’s High Court to build a huge new data centre in Athenry, County Galway.

Justice Paul McDermott ruled that Apple should be granted permission to build the data centre on Ireland’s west coast.

Apple plans to use the new data center to store European user data, and to power online services, such as iTunes, the App Store, iMessage, Siri, and Maps for European customers.

Approval for the Irish data center had believed to be a mere formality, as Apple had announced plans to hide the center in the forest, restore any damage that was done to the surrounding forest, and even power it from renewable energy, and most local residents were in favor of the project. In spite of that, objections to the project had been raised on environmental grounds.

While Justice McDermott’s ruling is a positive sign for the project, the legal battle is likely far form over, as objectors are likely to file an appeal of the court’s decision. The case could wind up in the Supreme Court.