Apple on Wednesday released iOS 11.0.3, the third update for their new iOS 11 mobile operating system. The latest update comes a bit more than a week after the Cupertino firm released iOS 11.0.2, which fixed cracking sounds in the earpiece of the iPhone 8 during phone calls. 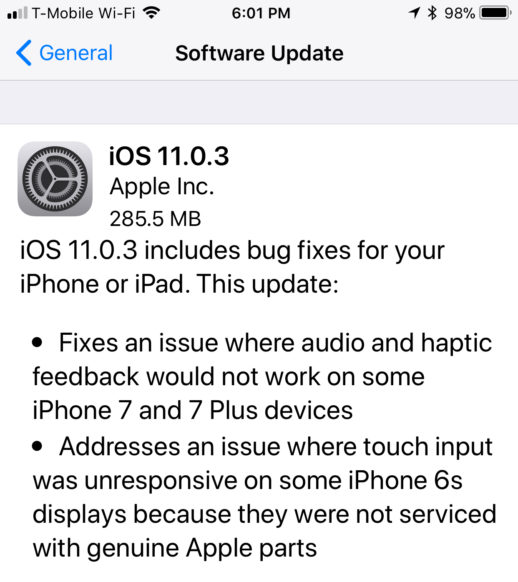 According to Apple’s release notes, the update fixes the following issues:

The iOS 11.0.3 update can be download for free, over the air by going into the settings app, and tapping “General” -> “Software Update.”