Apple says iOS 11 is now installed on 65% of all compatible devices. The Cupertino firm shared the information on its App Store support page for developers. 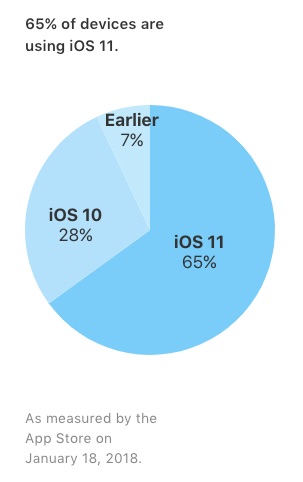 The installation numbers are up six percentage points from the last report on December 5, when iOS 11 was installed on 59% of devices.

iOS 10 is still in use on 28% of devices, and 7% of devices still have earlier versions of iOS installed.