Google announced on Thursday that its AI-powered Google Lens visual search feature is rolling out to the iOS version of the Google Photos app. The rollout will happen over the coming week.

Starting today and rolling out over the next week, those of you on iOS can try the preview of Google Lens to quickly take action from a photo or discover more about the world around you. Make sure you have the latest version (3.15) of the app.https://t.co/Ni6MwEh1bu pic.twitter.com/UyIkwAP3i9

The new feature was announced via the official Google Photos Twitter account. The feature is rolling out to iOS users who have the latest version (version 3.15) of the app installed on their devices. If you’re not seeing it yet, be patient, it’s rolling out region-by-region.

Google Lens is a visual search tool that can recognize objects in both live and saved images. Lens can distinguish flower types, parse and save information from business cards, offer restaurant reviews, create calendar appointments, and much more. 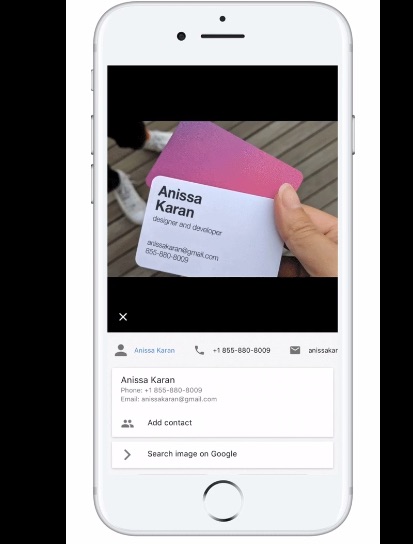 The feature was initially only available on Google Pixel devices, then last week made its way to other Android devices in the Google Photos app.

Google Photos is free, and is available for iOS devices in the App Store. [GET IT HERE]