AliveCor – maker of the KardiaBand EKG band for the Apple Watch – has released a pair of studies that suggest the band could aid in detecting a pair of serious health conditions. 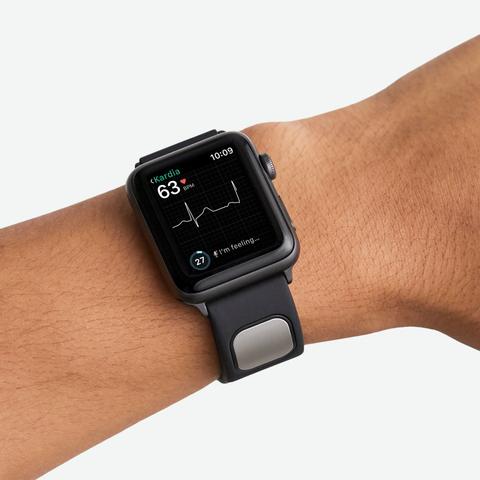 A study conducted in tandem with the Cleveland Clinic found that the KardiaBand was able to detect atrial fibrillation with 93 percent sensitivity and 94 percent specificity, roughly equivalent to what a physician could do looking at the same EKG data. With a physician actually examining the data, sensitivity reached 99 percent.

The second study, done with the Mayo Clinic, simply hinted that combining an AliveCor EKG device with AI technology was an effective means of discovering high potassium levels, known as hyperkalemia. It can potentially be a sign of greater problems like diabetes and heart failure.

Although the second test did not use the KardiBand, it could be applied to the accessory.

The KardiaBand is available for $199, and requires an additional $99 per year subscription.