macOS Mojave will provide the ability for users to transform their desktop to a darkened color scheme, placing more emphasis on user content, while pushing controls into the background. users will be able to toggle between a light and dark desktop, and Apple-riffic apps such as Mail, Messages, Maps, Calendar and Photos will all include Dark Mode designs. 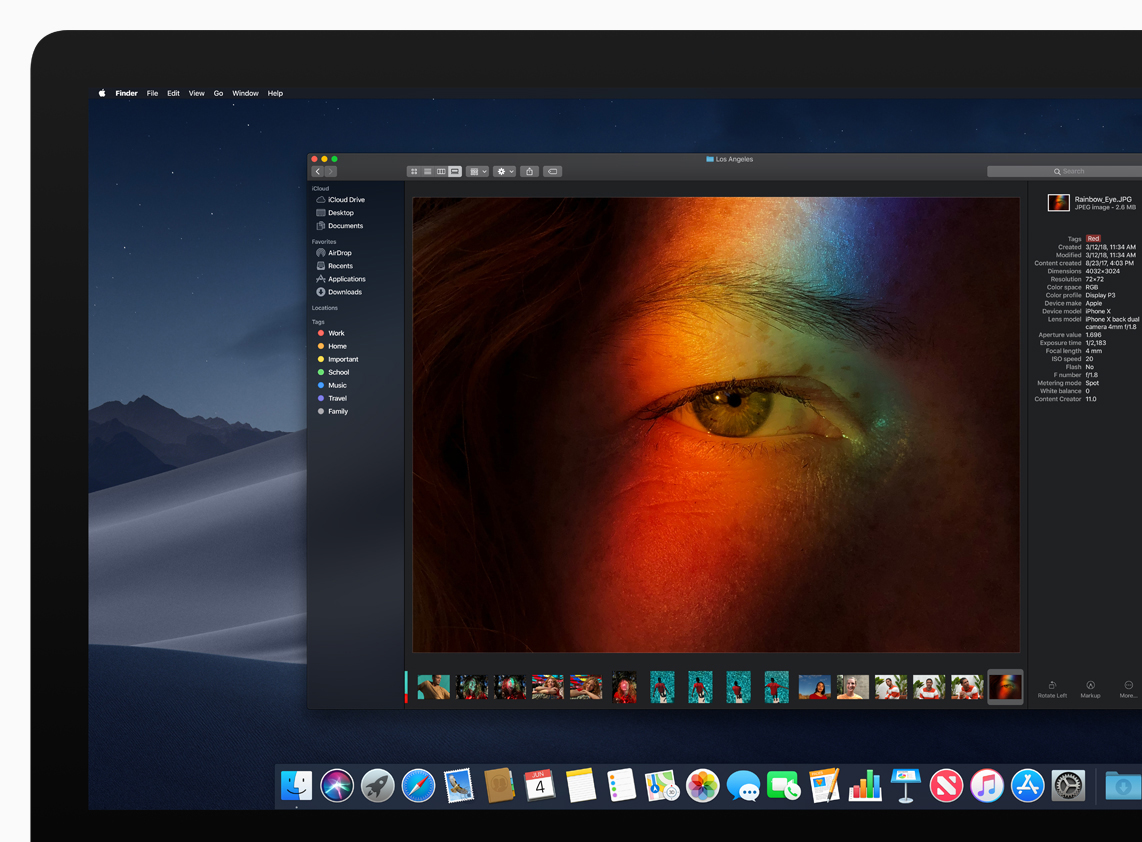 A new Dynamic Desktop feature will automatically change the desktop wallpaper to match the time of day. An API is available to allow developers to include Dark Mode in their apps.

A new “Stacks” feature of the macOS desktop automatically stacks files into neat groups, all based on file type. Stacks can be customized to sort based on file attributes like dates and tags. 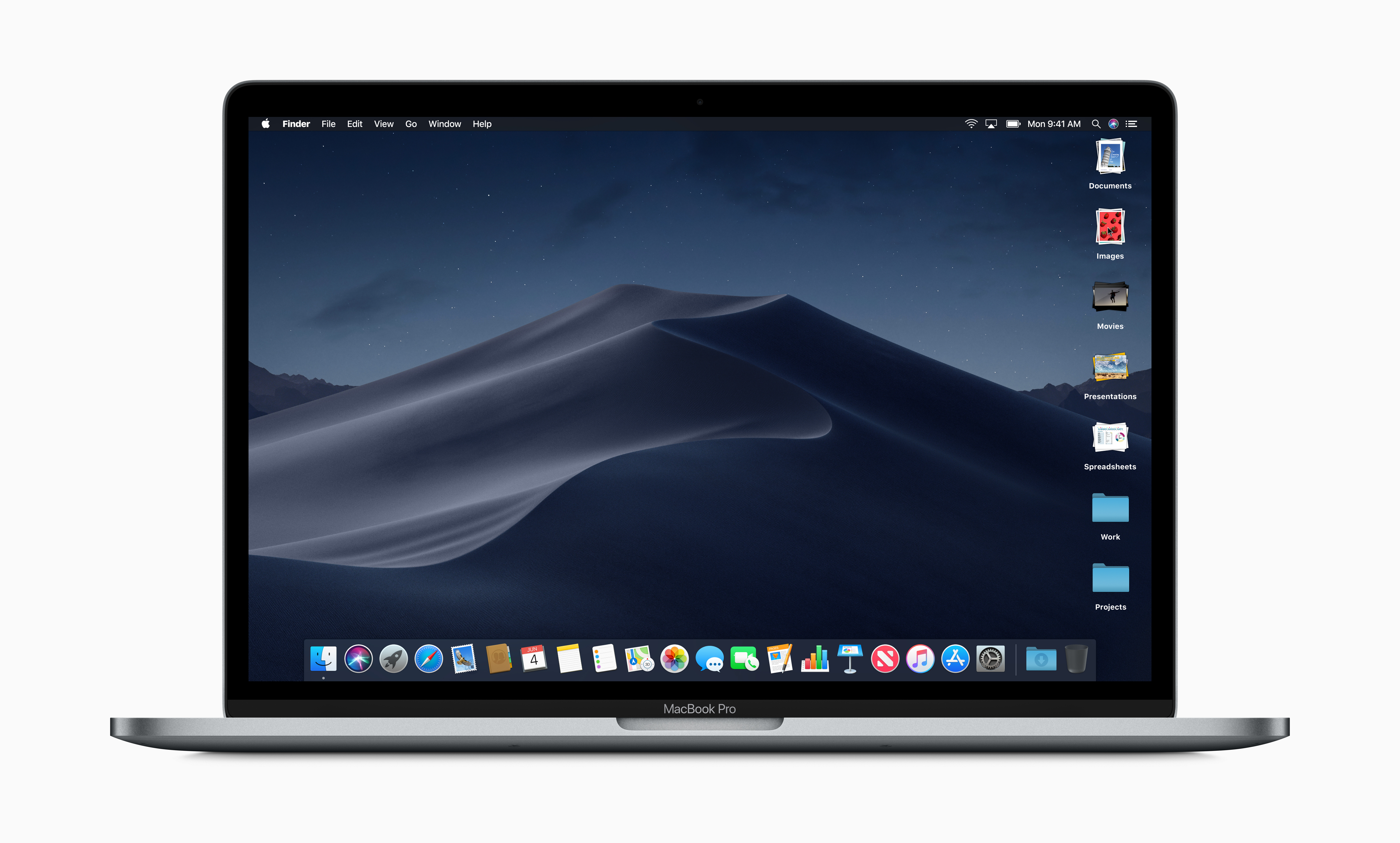 Finder will include a new Gallery View that allows users to quickly skim through files visually. The Preview Pane will show all of a file’s metadata, making it media assets management easier.

Quick Actions will allow users to create and password-protects PDFs and run custom Automator Actions on files right from Finder. Quick Look offers a full-size preview of a file, allowing users to rotate and crop images, mark up PDFs, and trim media clips without needing to open an app. 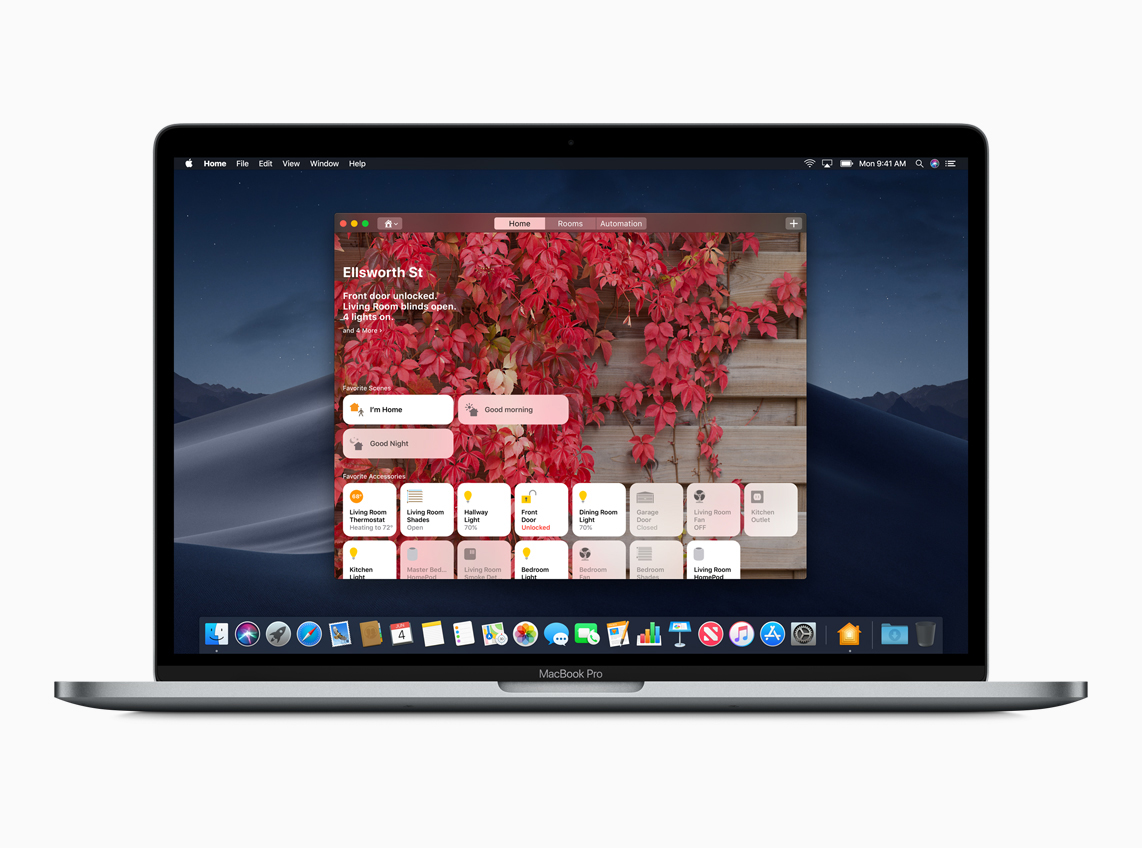 macOS Mojave users will be able to join in Group FaceTime sessions with iOS and Apple Watch users. Up to 32 people can join in a conversation.

The Mac App Store get a complete remodel in macOS Mojave which highlights new and updated apps in the Discover tab, while tabs for Create, Work, Play and Develop help users find apps for a specific project or purpose. 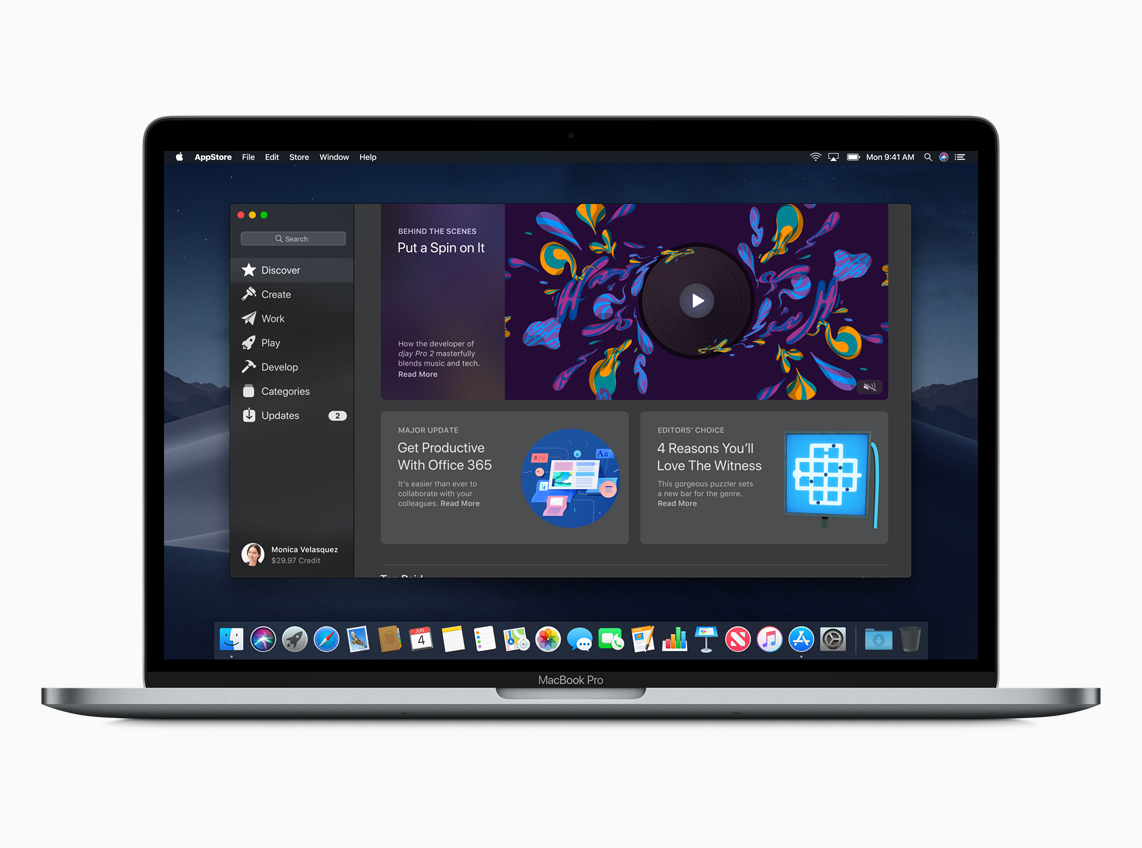 New apps from major developers are on their way to the Mac App Store, including Office from Microsoft, Lightroom CC from Adobe, and others.