A new “Activity Competition” mode will allow fitness lovers to challenge their Apple Watch-wearing friends to a seven-day competition, with users receiving points for closing their rings over the week long contest. The requisite achievements and smack talk back and forth is of course included. 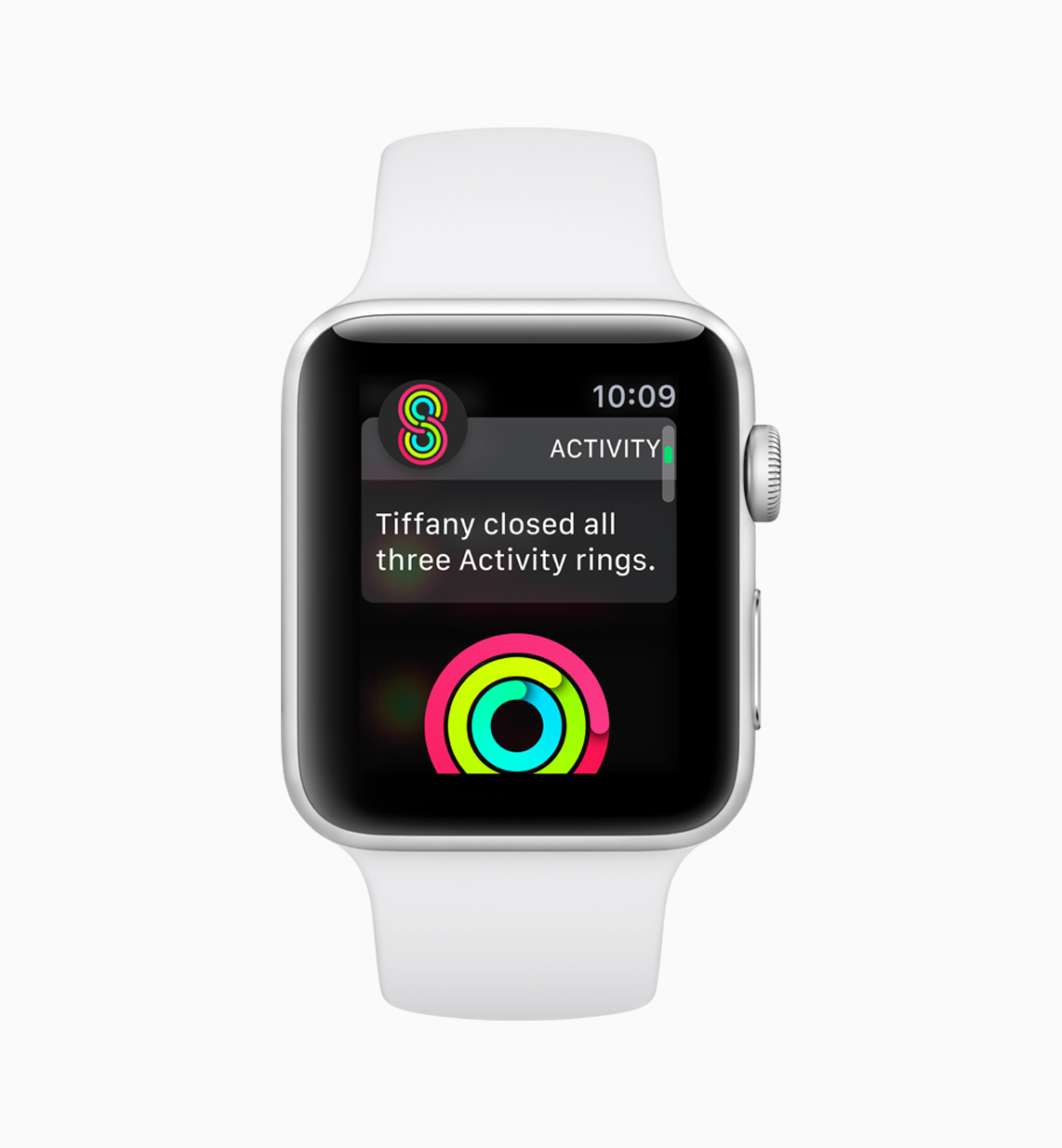 Users who have ever forgotten manually begin or end a workout on the Workout app will appreciate the watchOS 5 auto-workout detection feature. The new OS uses heart rate and movement data to determine if the use might be working out, and will present an alert asking if they’d like to start the workout. The user will even receive credit for the activity completed before the prompt. The feature will also end a workout session if the user forgets to end it manually. 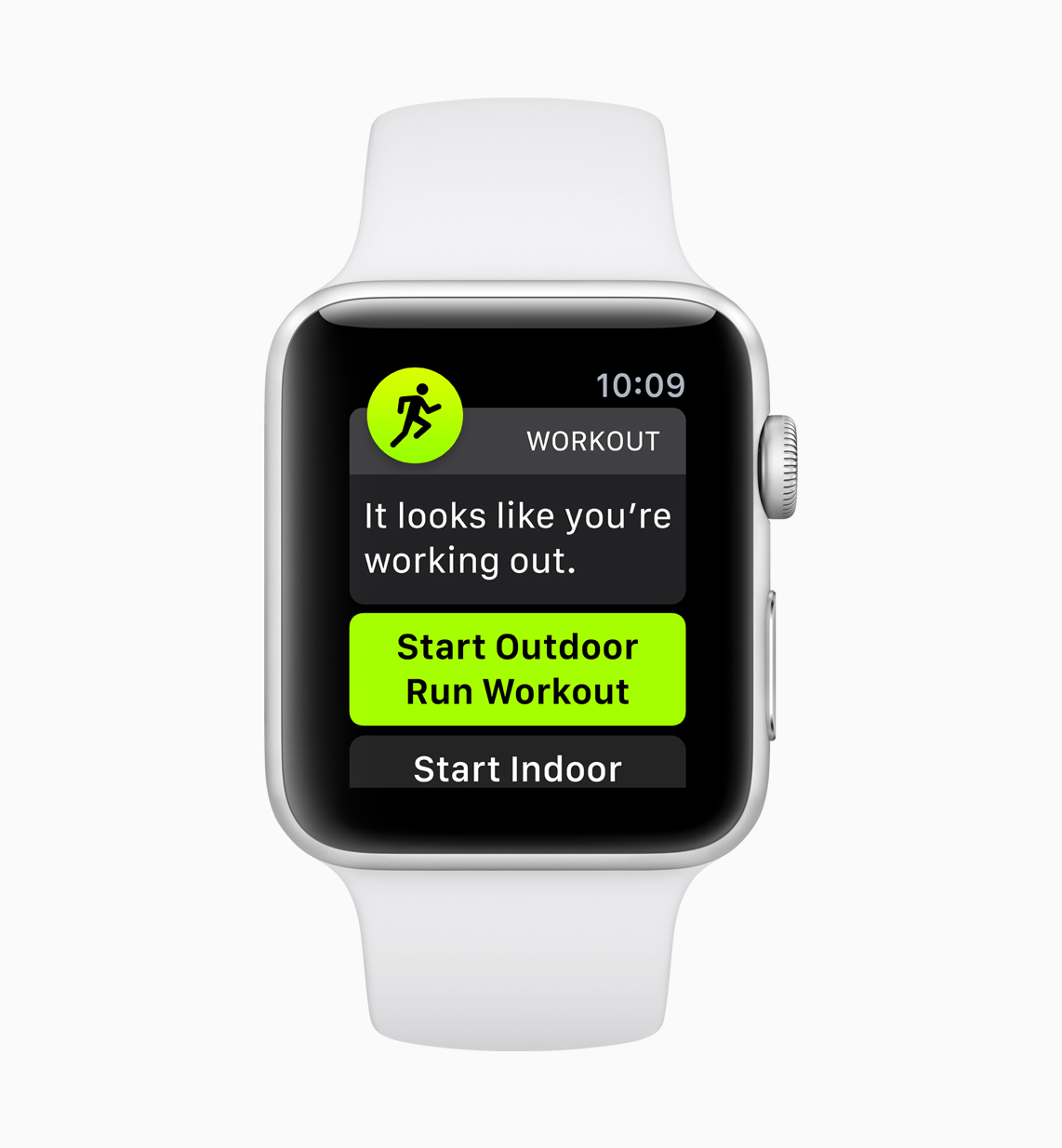 Yoga and Hiking are the new types of workouts supported, and will take into account elevation change and heart rate to more accurately measure calories burned and the total exercise minutes.

A new cadence (steps per minute) metric for indoor and outdoor runs and walks is now available for runners, as is a new pace alarm for outdoor runs that alerts a runner if they are ahead or behind their designated target pace. A new rolling mile pace metric allows runners to see their pace for the immediately preceding mile in addition to their average pace or current pace. 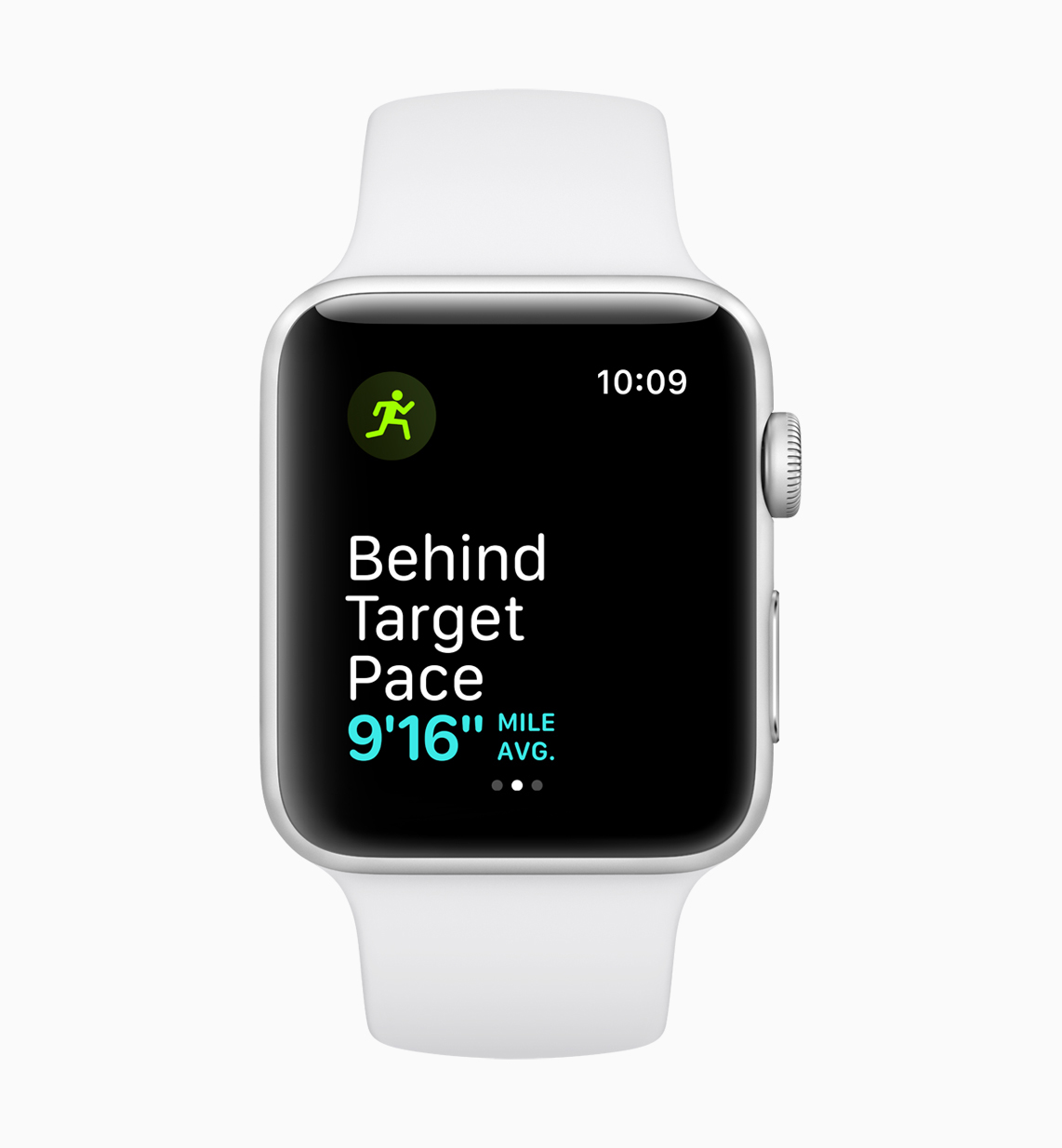 A new Walkie-Talkie app allows users to send push-to-talk messages to each other from watch-to-watch. The feature can be used between compatible Apple Watch users around the world over Wi-Fi or cellular. 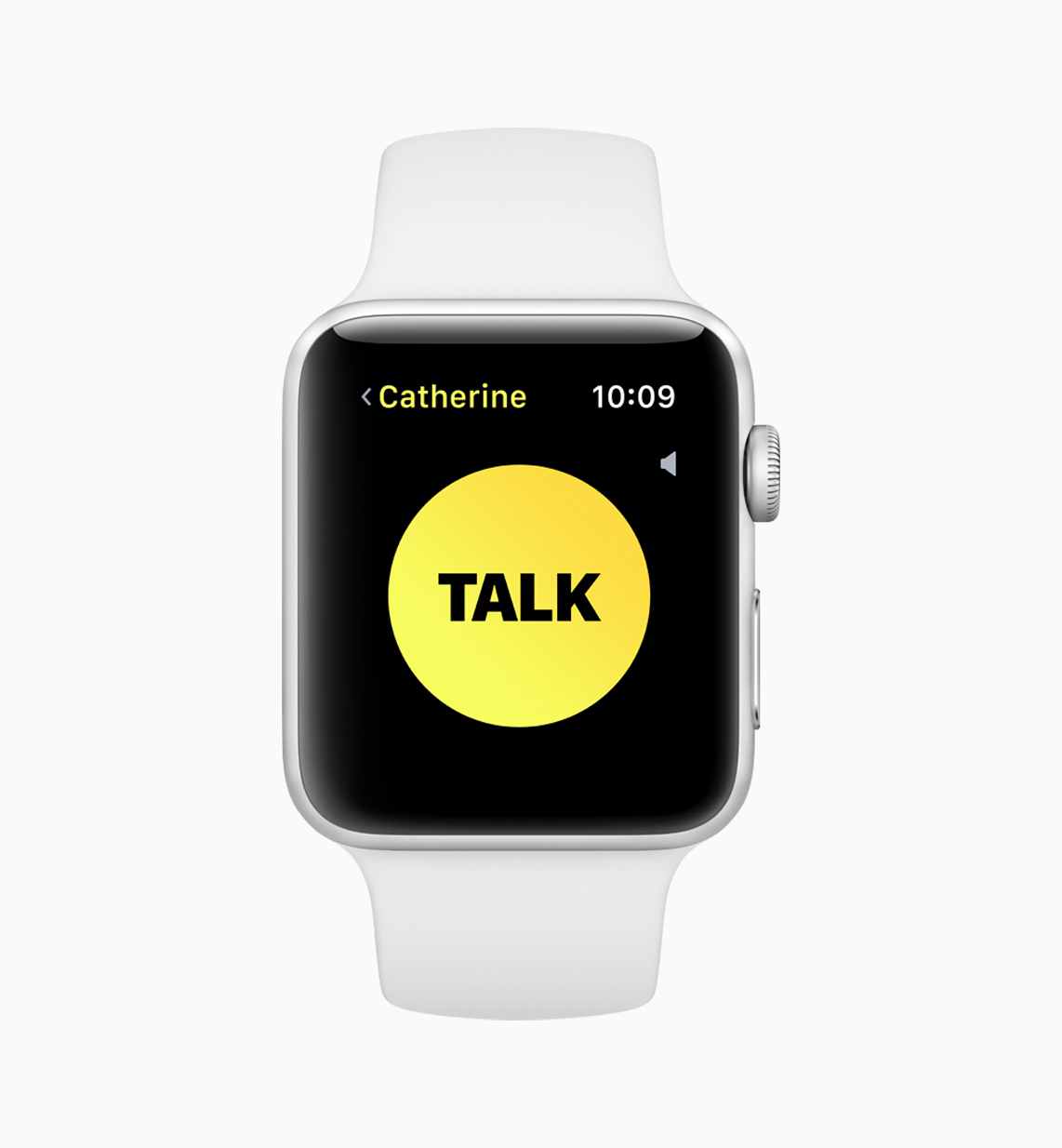 The updated Siri watch face for the Apple Watch will make use of machine learning to offer more predictive and proactive shortcuts throughout the day based on routines, locations and information such as heart rate after a workout, commute time with Maps at the appropriate time of day or sports scores for a favorite team.

Notifications from third-party apps can now have interactive controls and be used without needing to open the app; for example, a Yelp reservation notification will have the option to modify the time or change the number of guests right from the notification.

Apple also today released a new watch face to celebrate Pride, which Apple Watch users can download from the Face Gallery in the Apple Watch app. The Pride Edition Woven Nylon band is updated with a new rainbow stripe with a donation being made to the following LGBTQ advocacy organizations: Gender Spectrum, GLSEN, ILGA, PFLAG, The National Center for Transgender Equality and The Trevor Project. Apple also introduced new summer band colors in Marine Green, Peach and Sky Blue. 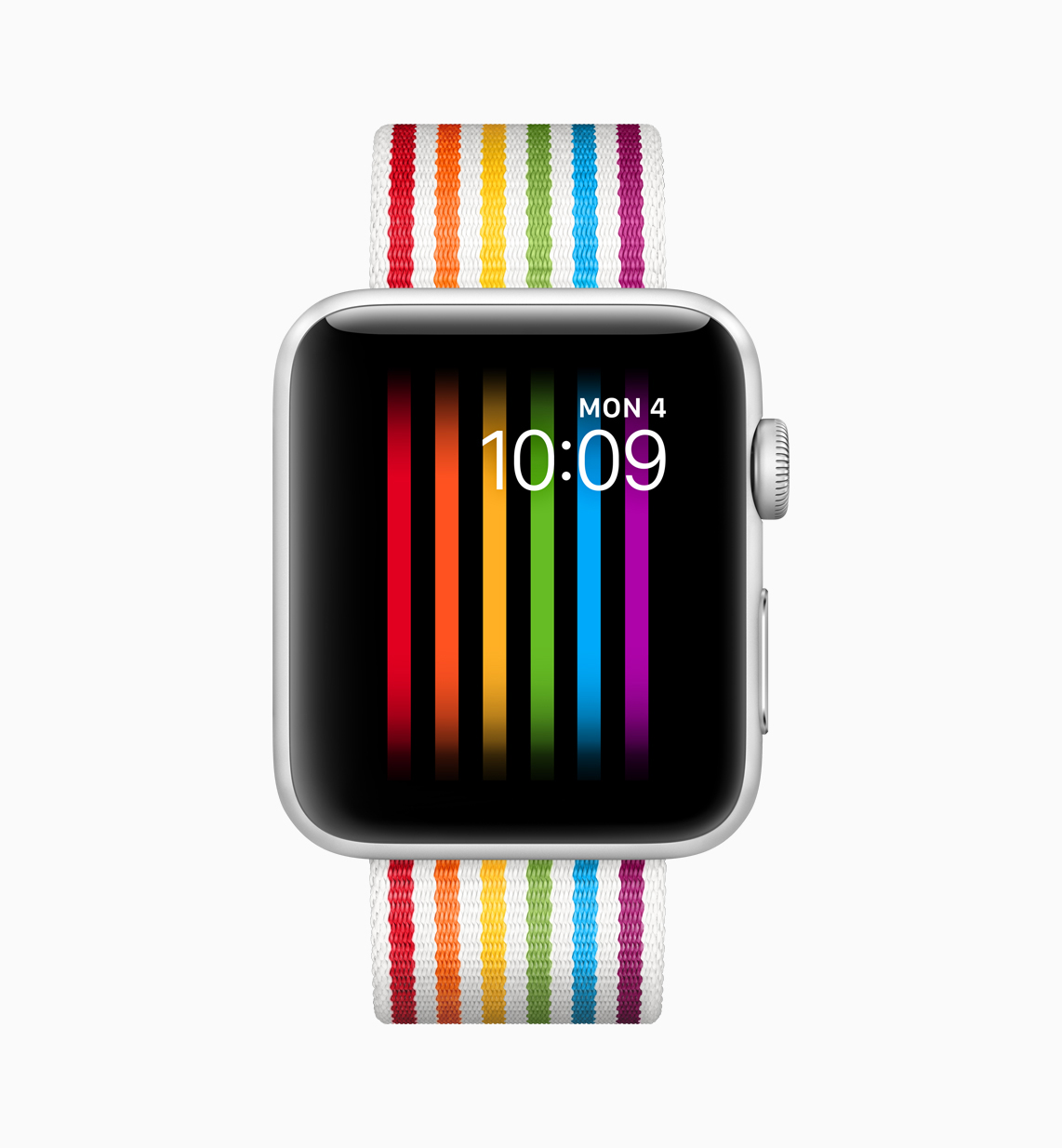