Apple CEO Tim Cook once said, “when an online service is free, you’re not the customer. You’re the product.” ::COUGH!:: Google! ::COUGH!:: Well, apparently that goes for some products that users actually pay for. At least, that’s what Roku CEO Anthony Wood thinks.

In an interview, the Roku CEO admits that the streaming device firm is in the “ad and content” business, rather than the hardware one.

Roku made $61.5 million from its streaming video devices this past financial quarter —but then also $75.1 million from advertising and licensing. CEO Anthony Wood now says that the company is not focusing on hardware, it is aiming to monetize its users.

“We don’t really make money [from the hardware] we certainly don’t make enough money to support our engineering organization and our operations and the cost to run the Roku service,” he said. “That’s not paid for by the hardware. That’s paid for by our ad and content business.”

It is widely believed that Roku is the biggest-selling lineup of streaming devices available today. No one is for sure, as Amazon doesn’t release sales figures for its Fire TV device lineup. 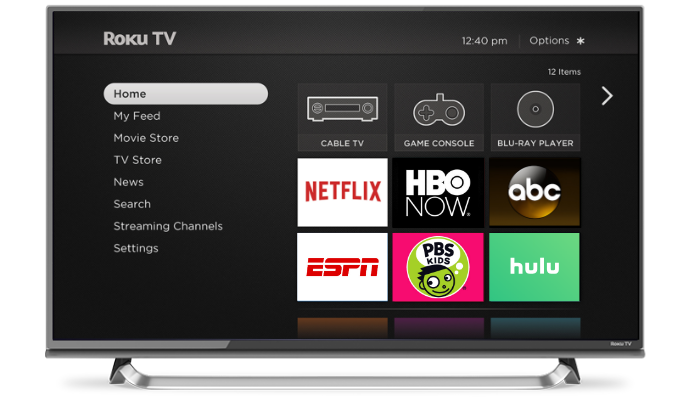 In addition to the set-top boxes and streaming sticks Roku cranks out, the company also claims that one out of four Smart TVs sold in the U.S. last year include Roku built-in.

On the main screen of any Roku menu, viewers see plenty of TV content, but they also see ads.  In addition, the little shortcut buttons on the remote control – the one’s with the name of a streaming service on them, like Netflix and such – are also paid real estate.

“It’s kind of an exchange of value. We help content distributors find customers, sign up customers, and promote their content, and we get paid for that,” Wood told The Verge.

Roku also partially controls the ads shown in some apps on its platform. So, in an app like Sony’s Crackle, up to 30% of the ads you’ll see while viewing Crackle content are feeding revenue directly to Roku.

All of this adds up to one thing, you’re being sold. Well, at least your eyes and buying power are being sold. And that’s after you paid up front for your Roku streaming device or Roku-powered Smart TV.