I’ve always thought highly of VIZIO products, ever since buying a 32-inch HDTV set quite a few years back. I had the opportunity to review a 50-inch VIZIO smart display at the end of last year and loved it, so when the company said they wanted to give me their VIZIO E65-F1 65″ Class 4K HDR Smart TV to try out and report on – AND I get to keep it – I acted as calm as possible and replied, “sure, why not.”

VIZIO E65-F1 65″ Class 4K HDR Smart TV is a 4K HDR 65-inch television display. Unlike many 4K displays, the VIZIO E65-F1 includes a tuner, so cord-cutting users can hook up an antenna to grab over-the-air programs without any hassle. In addition, the set offers built-in streaming apps for most popular services, and the services not available natively on the set can be enjoyed via Google Chromecast from your favorite mobile device or set-top streaming boxes, like the Apple TV, a Roku, or gaming consoles.

The E65-F1 is an attractive unit, whose 120 effective Hz refresh 65-inch screen is encased in a thin black frame. The set can be mounted on the wall via an optional wall mounting kit. If you’re not into mounting things on the wall, or if you have too many deer heads on the wall, you can also use the unit’s V-shaped feet to hold the set upright.

Viewers who have multiple streaming, gaming, or cable boxes will be glad to hear the E65-F1 has 4 HDMI ports, one set of component connectors, and a USB port, as well as a coaxial connector for the aforementioned tuner. The TV can connect to your local Wi-Fi network, or even better users can use the set’s Ethernet port to connect to a router. (Ethernet is optimal for 4K streaming like you’ll be able to access on this set.)

I had the set out of the box, and set up for viewing in under a half an hour, and that included a firmware update the set needed after turning it on and connecting to my home network.

Users can complete the easy-to-follow setup process for the E65-F1 by using the included remote or by using the VIZIO SmartCast mobile app, which is available for iOS and Android devices. 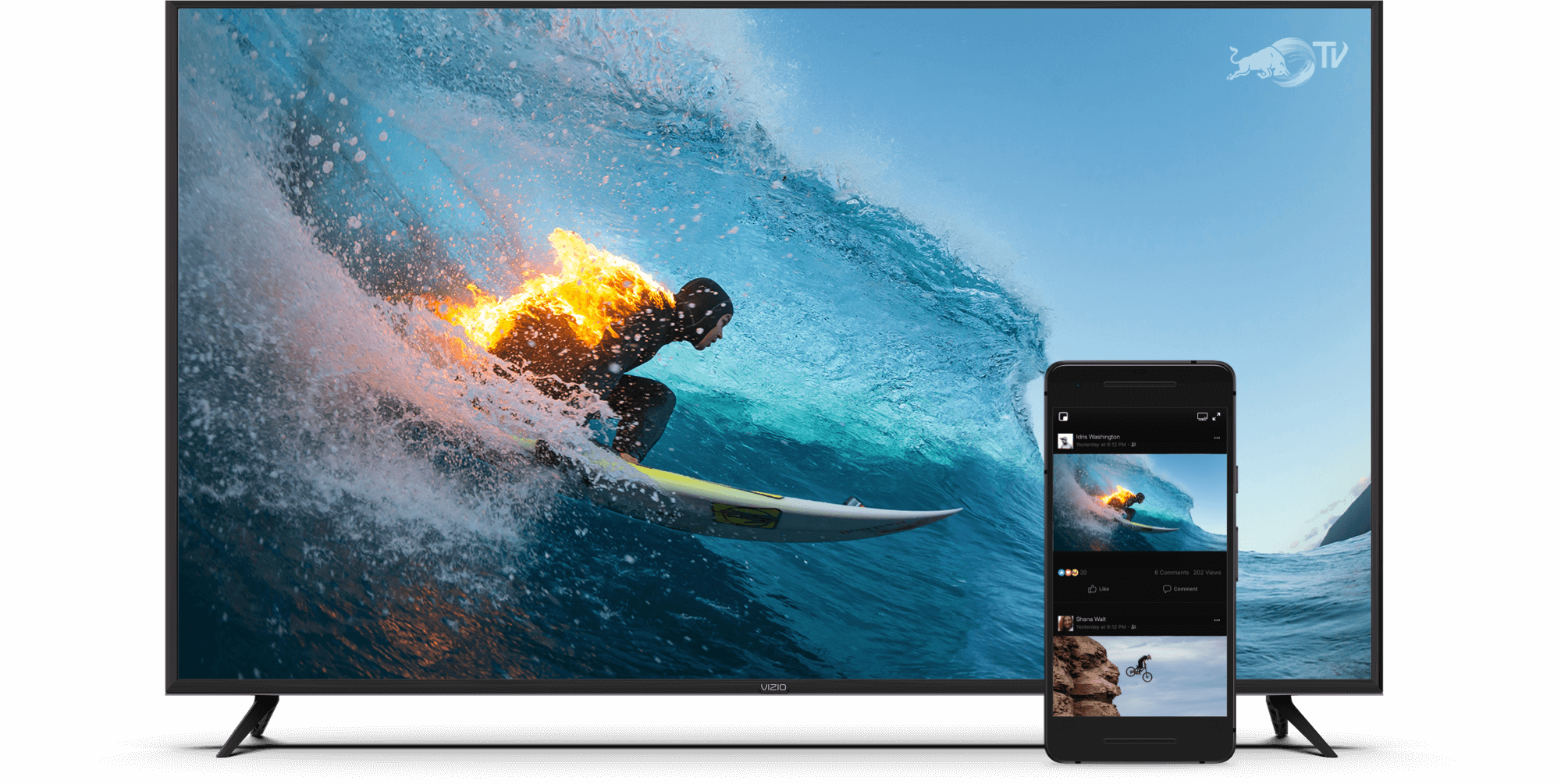 The E65-F1 offers a wide variety of streaming apps, including Netflix, Hulu, Amazon Prime Video, iHeartRadio, and many more. Users can also stream begin to stream content to the set via Google Chromecast from your mobile device, then the TV takes over and you can use your mobile device for other activities.

The set can be controlled via Google Home or Amazon Alexa devices. There is nothing cooler than saying “Alexa, show me Netflix,” and having the set quickly bring up the Netflix app. If you have a compatible personal assistant device in the same room as your set, you will learn to appreciate using the voice control features.

The set is easily controlled via the included remote. In addition to the usual channel, volume, and smart television controls, the remote also includes quick access buttons for Netflix, VUDU, Amazon Prime, Xumo, Crackle, and iHeartRadio. It would be nice if I could assign my favorite streaming services to the buttons, as I don’t access at least three of the designated services on a regular basis, but that’s a small first-world problem. The remote itself feels a little fragile, but it so far has held up to daily use. 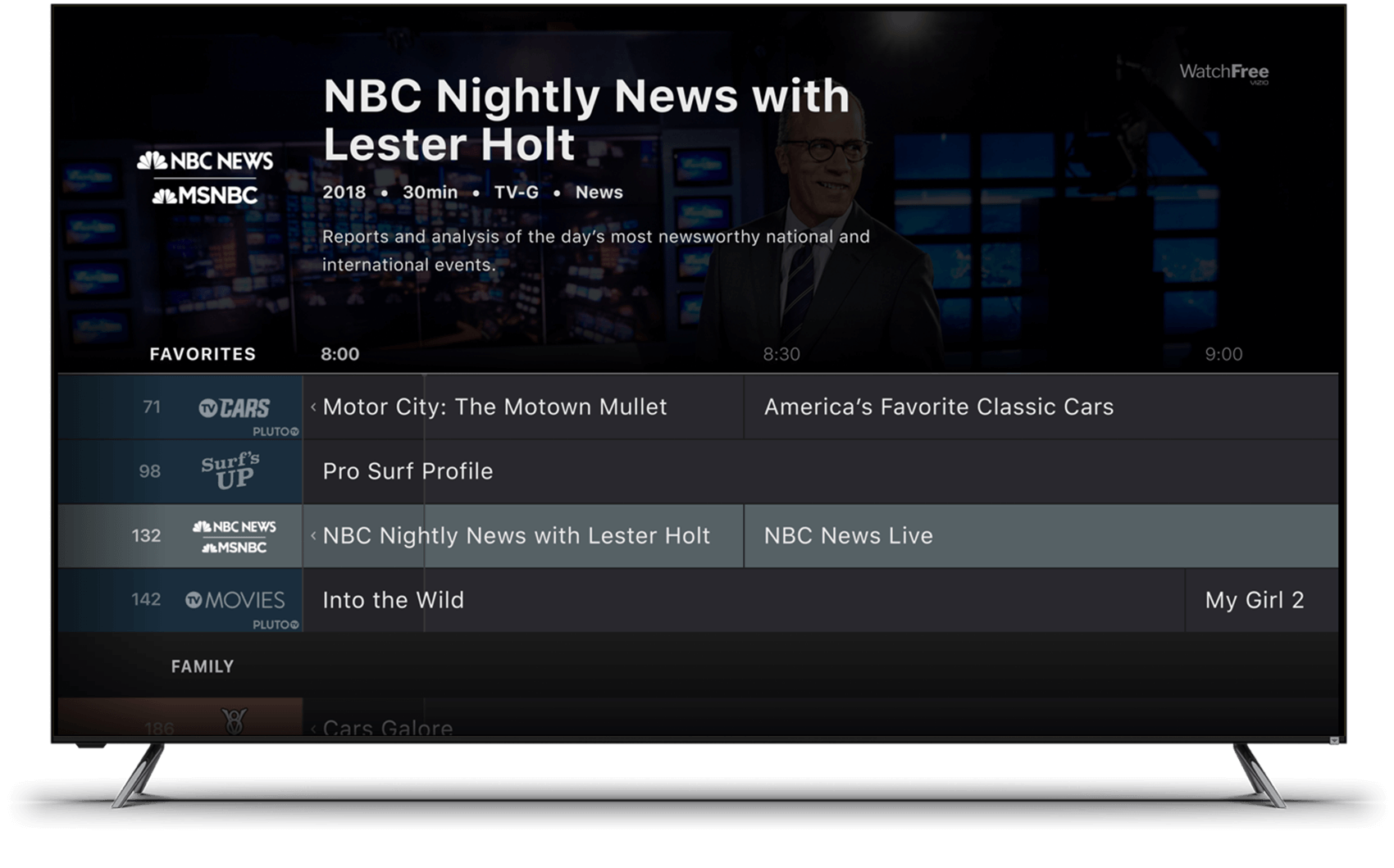 While we’re on the subject of streaming, I have to mention “WatchFree” streaming service built-in to the set. WatchFree is a joint effort of VIZIO and Pluto TV, and offers over 100 channels of free streaming entertainment, including movies, comedy, series, news, sports, and more. I’ve wiled away more than one evening sampling the varied content on the service.

Now for the important part, the E65-F1’s beautiful 4K display. I have both an Apple TV 4K and an Amazon Fire TV Cube hooked up to the set, and I have never been disappointed with the picture. The set offers support for both HDR10 and Dolby Vision, so no matter which HDR scheme your content supports, you’re gonna see a bright, sharp image presented in a wide color range.

The E65-F1’s screen boasts a Full-Array LED Backlight with 12 local dimming zones for deeper blacks. If you don’t understand all that, don’t worry, all it means is that you’re going to love the way your favorite movie or video game looks on the display.

Just like any thin television set sold today, the sound is a bit weak, as there is simply no room in modern television sets to allow for room filling sound. That said, your mileage may vary, so give it a try. I hooked my set up to my favorite sound bar, the VIZIO’s 38-inch 5.1 sound bar, which works great with the set, and is easily controlled using the set’s remote.

I would highly recommend this set for use in educational or business settings, as the display works great with 4K-capable computers, such as recent MacBook and Windows PC models. I connected my MacBook Pro to the set and used it as a monitor, and I was impressed by the image quality. I wouldn’t recommend using the E65-F1 as a monitor sitting on your desk (unless you have a really large desk or can hang it on the wall), but it makes a great display when you’re in front of a crowd.

VIZIO E65-F1 65″ Class 4K HDR Smart TV is an excellent choice for viewers who are looking for a reasonably priced way to enjoy 4K HDR or other high definition content, no matter the source. The display is sharp, easily keeps up with fast-moving action, and the set’s built-in streaming options means you’ll never run out of content to enjoy.

Pricing: The VIZIO E65-F1’s list price is $799.00. At the time of this article, the set is not available via the ViZIO website. However, the set is available at numerous online retailers, including Amazon, Best Buy, Walmart, Sam’s Club, and other merchants. Be sure to shop around, as deals can be had, as Sam’s Club currently has it for $679.

Disclaimer: The VIZIO E65-F1 was provided to me at no cost, for review, and I was allowed to keep the unit. All opinions expressed are my own and are completely objective.