Third-party analytics data indicates iOS device owners are installing iOS 12 at a faster rate than they did iOS 11. The new version of iOS is installed on slightly more devices than its predecessor was approximately two weeks in. 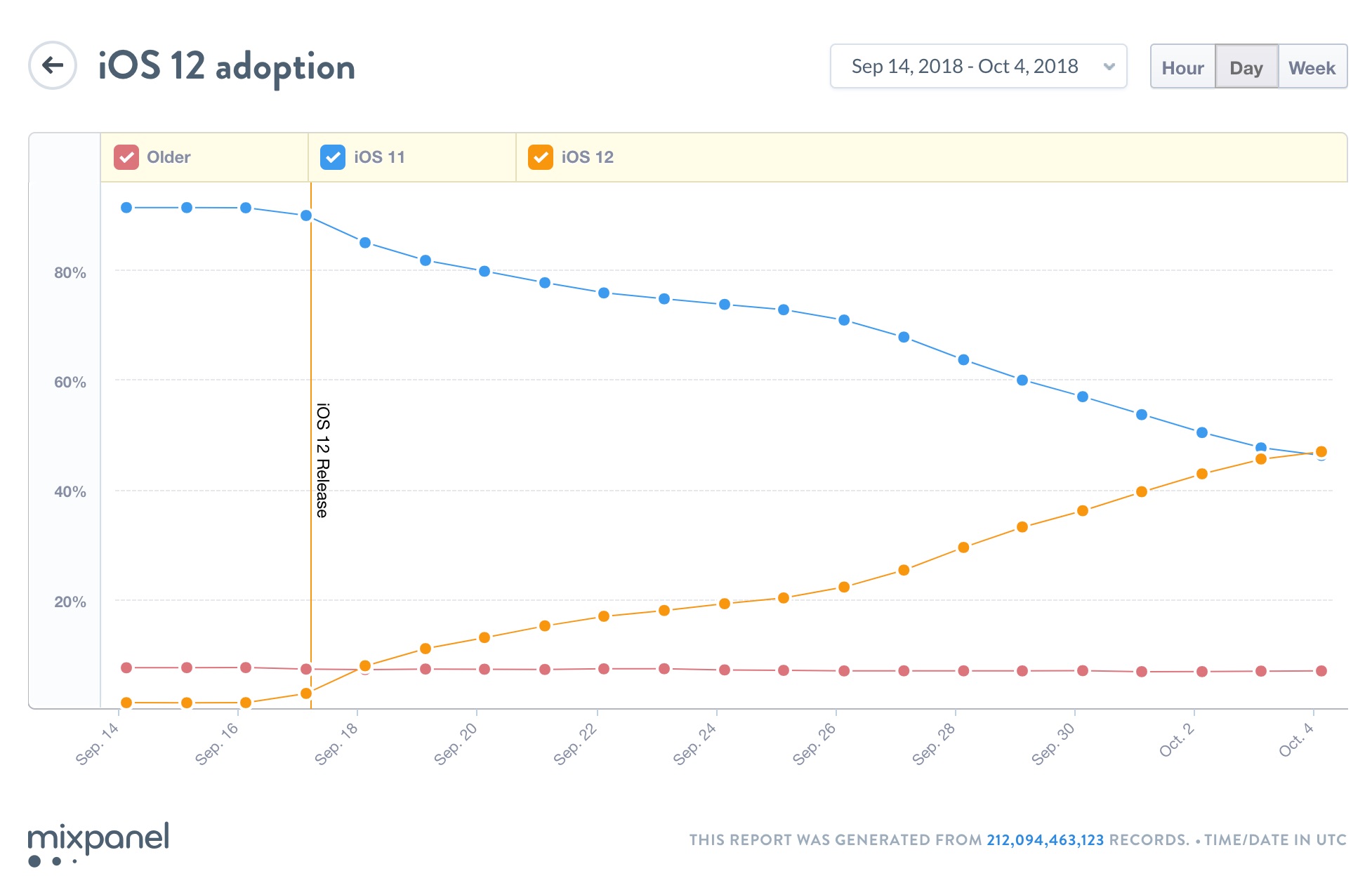 Mixpanel reports that its tracking indicates iOS 12 is installed on 46.25% of devices. Although it narrowly misses being installed on the majority of iOS devices, as iOS 11 is still installed on around 46.57% of devices, its adoption numbers continue to grow. 7.18% of devices remain on iOS 10 or earlier.

At this point following last year’s iOS release, iOS 11 adoption stood at 38.5%. While iOS 12 adoption numbers easily beat that, both iOS 11 and 12 trail iOS 10’s adoption numbers for the same timeframe, which stood at 48.16%.

iOS 12 brings impressive performance improvements to older devices, with users experiencing noticeable speed improvements over iOS 11. Reports indicate iPhone 6 users can see apps launch up to 40% faster, the keyboard appears up to 50% faster, and Opening the Camera app from the Lock Screen can be accomplished up to 70% faster.

The new version of Apple’s venerable mobile operating system performs better than previous versions on older hardware, brings improved Augmented Reality via ARKit 2, and improvements to Siri, Photos, CarPlay, and many other apps.

iOS 12 is available as a free download, and can be installed on compatible devices (if your device could run iOS 11, it’ll handle iOS 12), by opening the Settings app and going to: “General” -> “Software Update.”