Apple’s iOS 12 mobile operating system is now now installed on 53% of active iOS devices made in the last four years. Of all devices, 50% of them are running iOS 12. 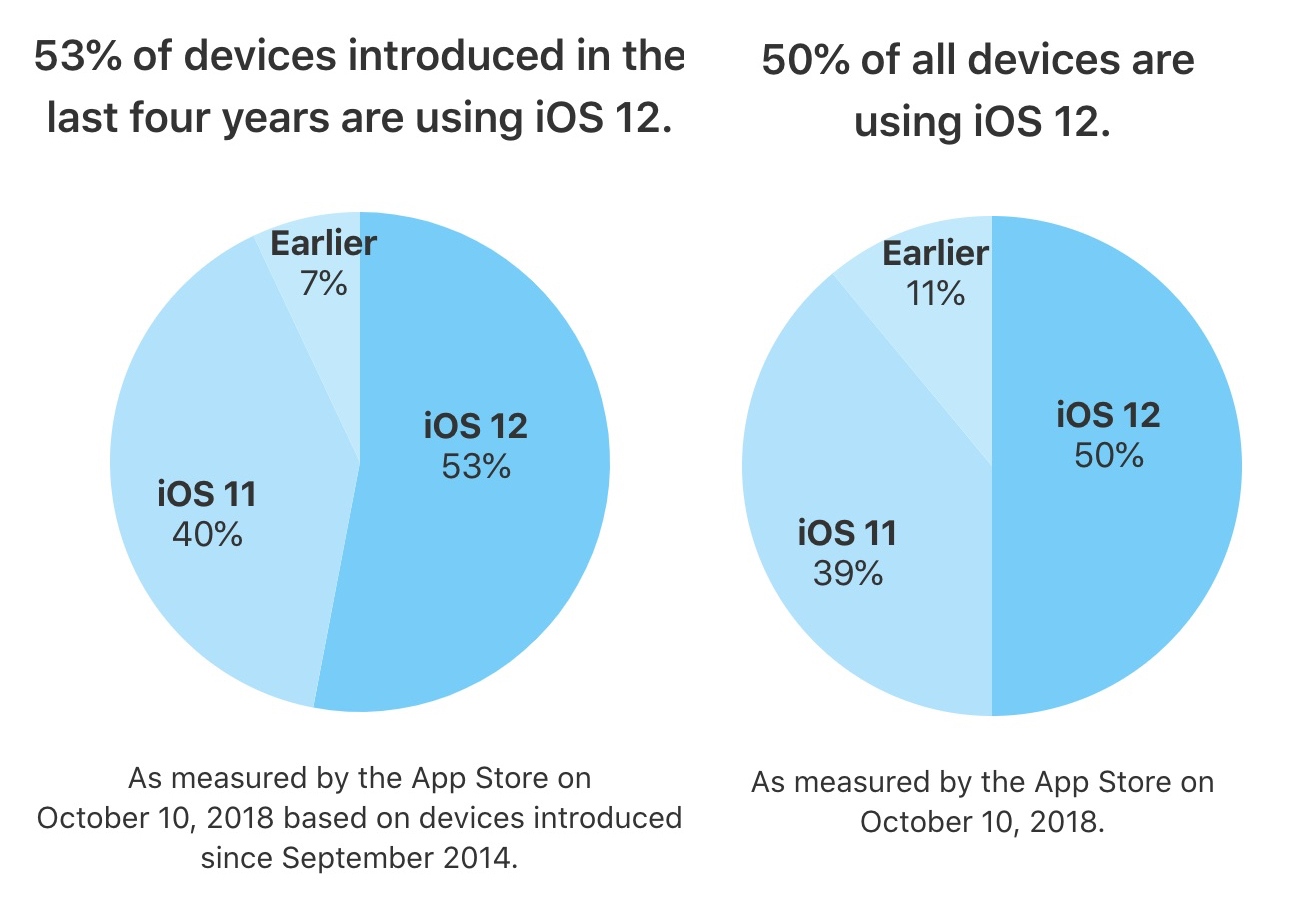 iOS 12 has proven to be a popular download, especially given the improvements in performance on older devices. For example, on the iPhone 6 Plus, apps launch up to 40% faster, and the virtual keyboard can appear up to 50% faster.

iOS 12 adoption will likely get another bump in the near future, as iOS 12.1 will soon be released, which will feature Group FaceTime, and eSIM functionality on iPhone XS and iPhone XS Max handsets. Although, the actual driving force behind iOS 12.1 adoption will prove to be the inclusion of new emoji.