An Apple-1 ad/spec sheet handwritten by Steve Jobs failed to sell at auction. Two other items from Apple’s early history – an Apple-1 computer and an Apple Lisa up for auction alongside the spec sheet – did sell, but for slightly disappointing amounts.

The document, written in the mid-1970s, was up for auction as part of Bonham’s “History of Science and Technology, Including Space History” collection. Its asking price was $60,000. However, the bidding “only” reached up to $28,000, thereby failing to meet its reserve. A couple of historical Apple items did sell, but for less than expected.

The failure to sell the handwritten spec sheet, and the lower prices paid for the other two items, may not bode well for the final price to be paid for a first issue of Macworld Magazine, which was autographed by Steve Jobs. The magazine, autographed as “To Matt, steve jobs,” (Jobs rarely used capital letters when signing his name), goes up for auction today with an asking price of $10,000. 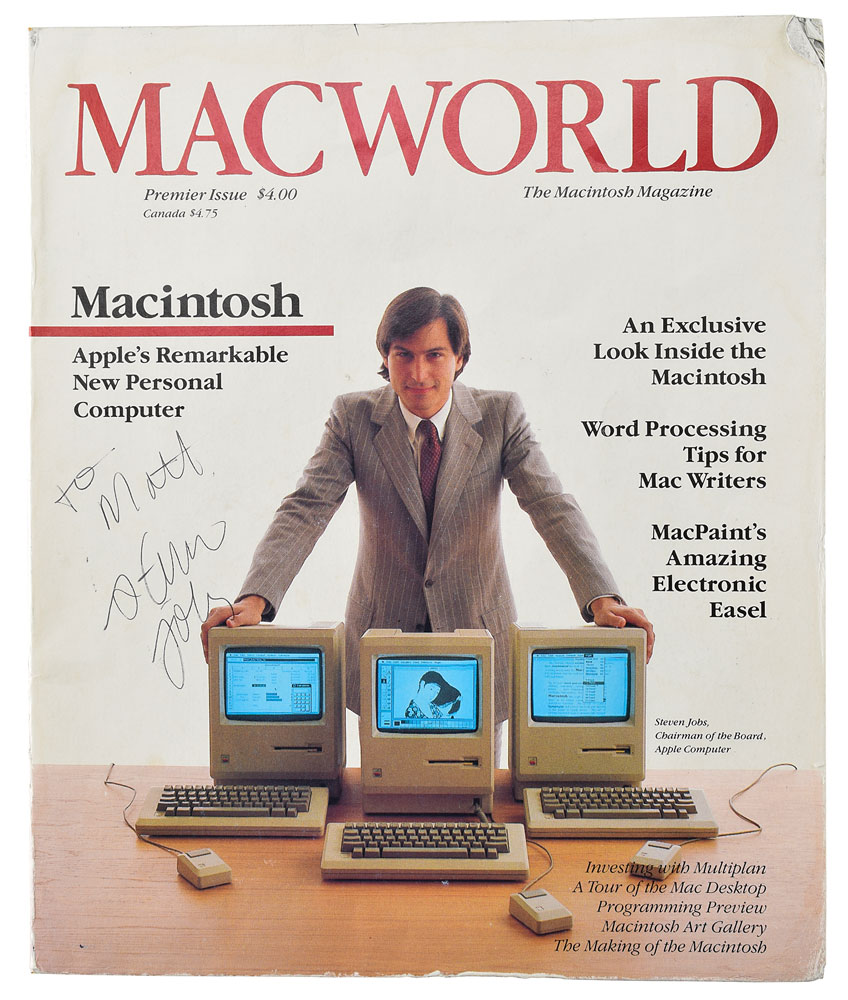 While items autographed by Steve Jobs continue to sell well, the market may be flooded with Apple memorabilia, resulting in the recent disappointing bids.