Xiaomi on Tuesday unveiled a new model of their AirDots wireless headphones, which at first glance, look remarkably like Apple’s popular AirPods.

After announcing dirt-cheap wireless earbuds last year, Xiaomi has announced a replica of Apple’s AirPods called Mi AirDots Pro. Official renders of the true wireless headsets leaked a day back with details about its actual design and today Xiaomi has made the affordable headsets official. They’ve priced 399 Yuan ($60) which is a 100 Yuan more than the Mi wireless earbuds. Sales will start on January 11.

While the original AirDots, which debuted last November, offered much of the functionality of Apple’s AirPods, their design was more like classic earbuds rather than Apple’s popular earbuds. 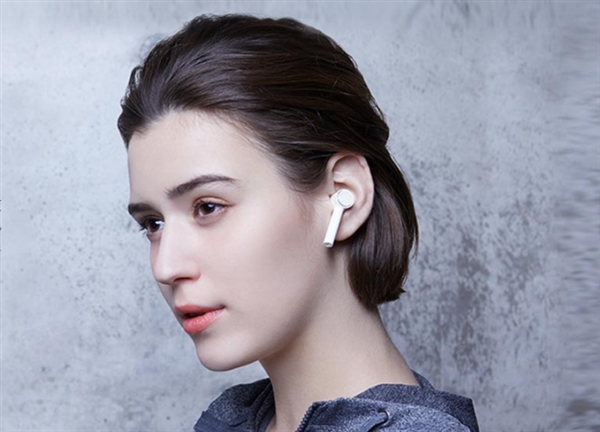 This time around, Xiaomi’s look much more like the AirPods, including the signature “arm” that sticks out of the user’s ear and houses the accessory’s Bluetooth receiver and microphone. The AirDots Pro headphones sport silicone tips, which are designed to offer improved sound isolation and improved active noise cancellation.

The new earbuds feature touch controls for music playback and activating digital personal assistants. The buds can also perform independently of each other vi adaptive pairing. The buds have a four-hour battery life, weigh 5.8gms each, and supports IPX4 water resistance.

The AirDots can be paired with both iOS and Android devices including tablets laptops, and mobile phones.. The earbuds’ charging case can provide an additional 10 hours of power, recharging the earbuds in one hour.

Xiaomi’s earbuds are much cheaper than Apple’s AirPods, and will be available for 399 Yuan (around $60), compared to the AirPods price of $159.