Apple on Monday announced the most recent iOS 12 adoption numbers, revealing that 4 out of 5 compatible iPhone, iPad, and iPod touch devices are now running iOS 12.

The figures were published as an update on Apple’s App Store support webpage. Apple’s latest and greatest mobile operating system is installed on 83% of devices released during the last four years. 12% of devices running continue to use iOS 11, while 5% of devices from the last 4 years continue to run an earlier version of iOS. 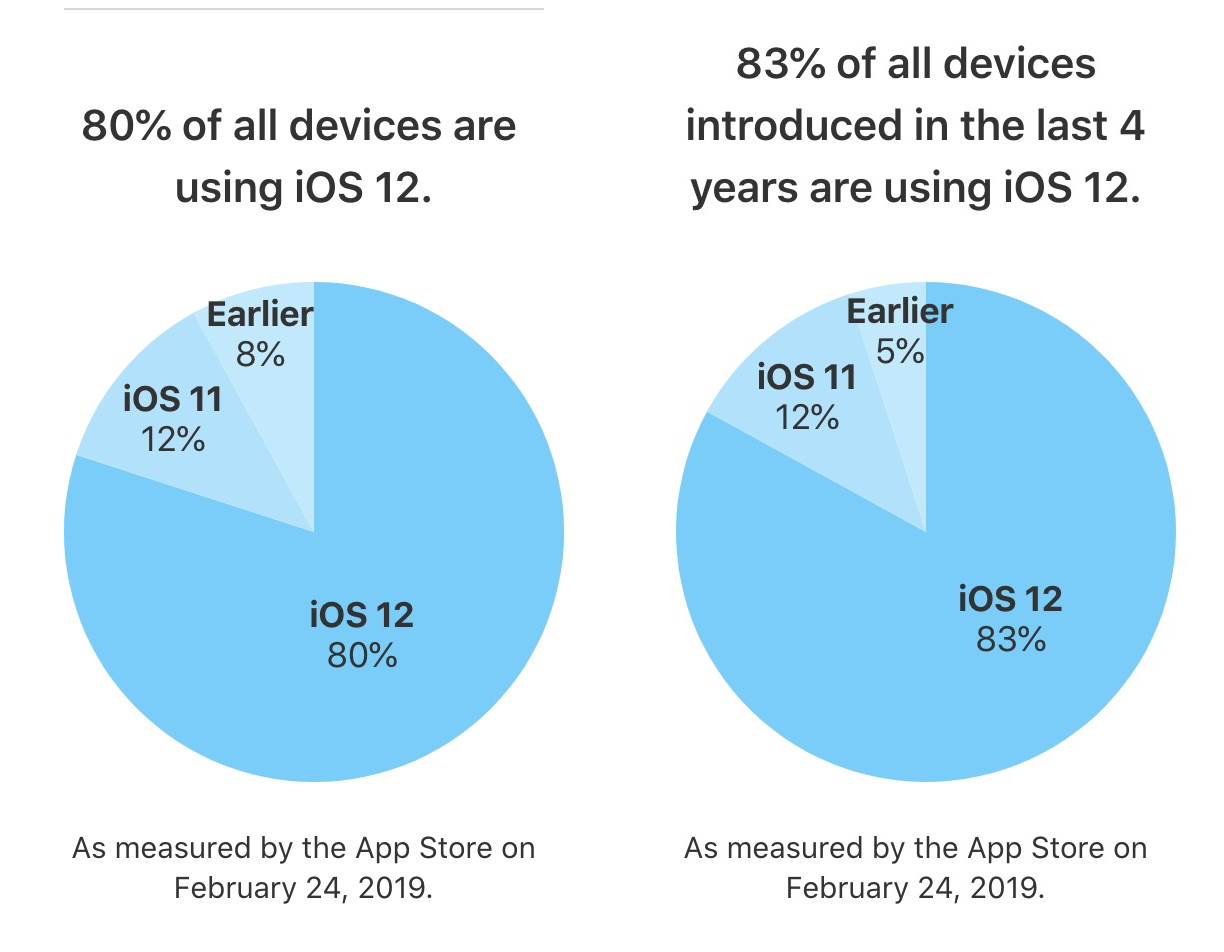 Users have been adopting iOS 12 at a faster rate than they adopted iOS 11. As of April 2018, iOS 11 was still only installed on 76% of devices. The slower adoption rate was likely due to the numerous bugs that plagued iOS 11 during its year-long lifetime.

Even though iOS 12 just debuted in September, Apple’s focus, and that of its developers, will soon move on to iOS 13, which should make its debut at Apple’s Worldwide Developers Conference 2019, which will likely be held in June.