The U.S. iPhone user base hit 193 million units as of March 30, 2019, compared to 189 million units at the end of the December quarter. That amounted to 2% growth quarter-over-quarter. 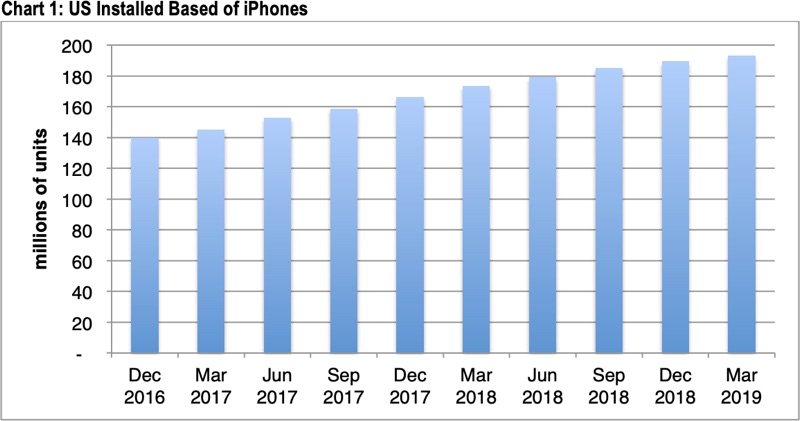 At the end of the March 2018 quarter, Apple’s iPhone user base was at 173 million units. That amounted to a year-over-year growth of 12%, while that is still substantial growth, it isn’t quite the growth rates of prior years.

CIRP’s estimated U.S. iPhone installed base figures are based on estimated worldwide iPhone sales of 39 million, which are calculated using Apple’s iPhone revenue and the average iPhone selling price for the quarter ending in March 2019.