Apple’s upcoming Apple Card credit card is now being tested by Apple corporate and retail employees. Images of the card – which is planned for a summer launch – have leaked, giving us a peek at the physical card in the wild.

We’ve already seen the card, thanks to Apple’s promotional photos, but these, via iMore, are photos shared by an Apple employee.

The titanium credit card is a minimal bit of kit, with a simple embossed Apple logo, a chips, and the user’s name on the front. (The name of the card user has, of course, been removed from the photos.) The card does not include a card number or expiration date, nor does it include a CVV number on the back of the card.

The Apple Card doesn’t use a traditional card number, instead a virtual card number and confirmation number ID generated for each purchase.

The back of the Apple Card is also understated, including only embossed Goldman Sachs and Mastercard logos (Apple’s card partners), along with a magstripe. As seen in the photo, the card weighs in at 0.52 ounces (14.75 grams.) 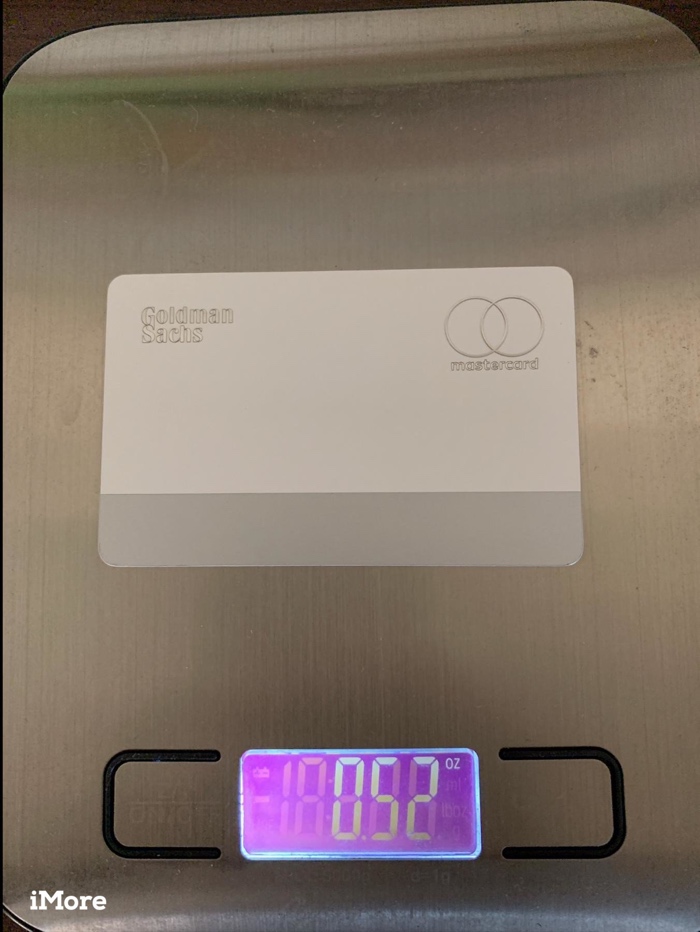 The Apple Card is said to be delivered in a plain white sleeve, bearing an Apple logo on the front. The inside is multicolored, representing the color-coded purchase categories that will be listed and colorized inside the Apple Wallet app.

iMore reports Apple is approving people with a large range of credit scores. A person with a credit rating between 600 and 700 was approved, but with a $1,000 credit limit. APRs range from 13.24 percent to 24.24 percent.

From approval, the card took approximately 1 week to arrive.

Apple has plans to launch the Apple Card this summer, and is expected to debut alongside the iOS 12.4 update, which is currently in beta and is being run on the devices used by the employees in the Apple Card beta.