Developer Panic, creator of the popular Coda 2 text editor is teasing the upcoming beta test of its new Coda replacement, Nova. The developer says the follow-up to Coda 2 “had to change dramatically. It had to catch up to where things are today.”

To make great software takes time and care. To start over from scratch and re-make an existing app takes even more. Our next text editor — the follow-up to Coda 2 — couldn’t just add a few features and call it a day. It had to change dramatically. It had to catch up to where things are today. And it had to consider where web development will be tomorrow. So, how’d we do? 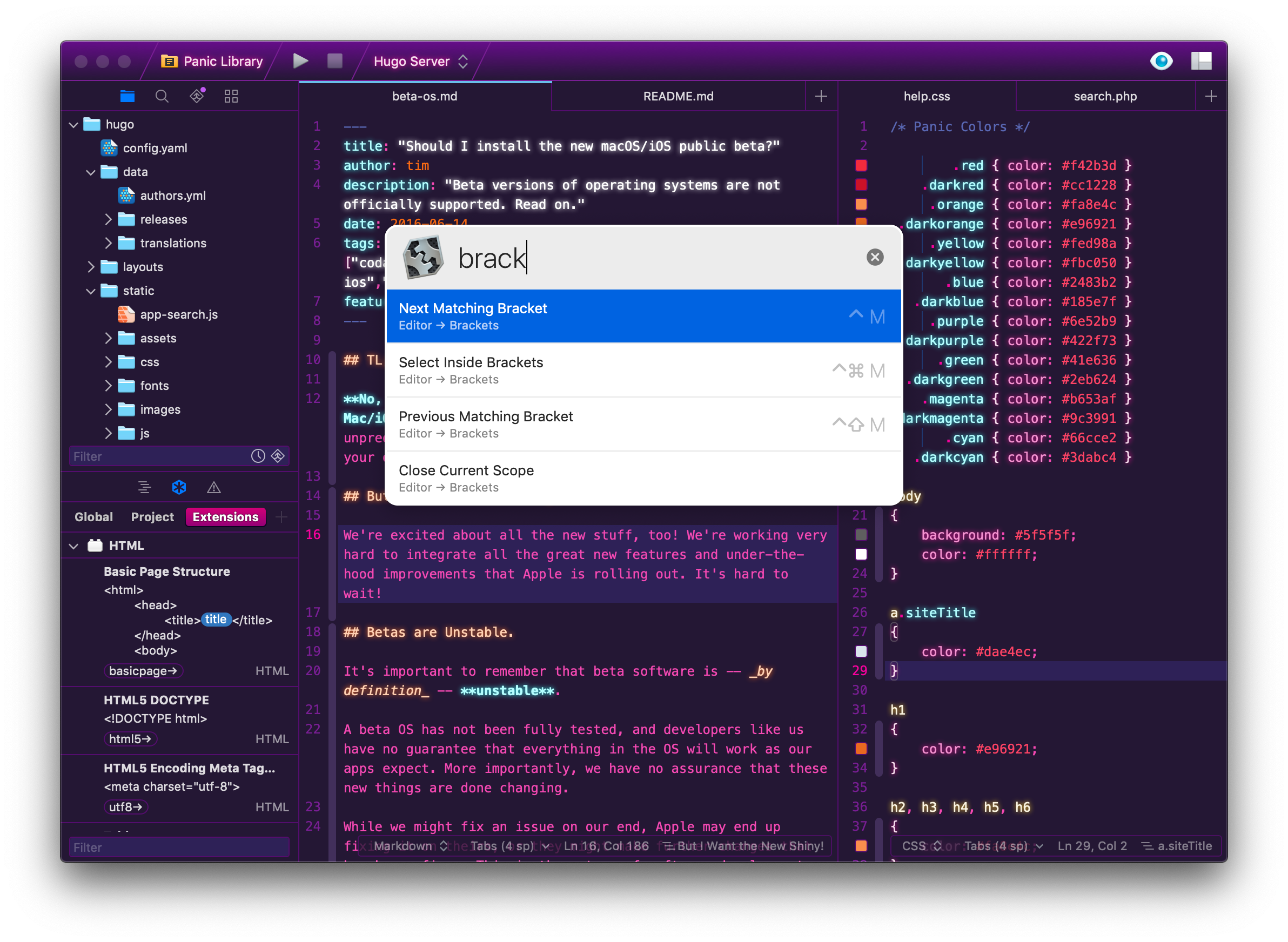 9to5Mac reports that Panic says Nova will be first be available for testing by extension developers, in an effort to target developers that make extensions for other text editors. Panic will then expand Nova testing to current Coda 2 users, and eventually expand the testing to general beta testers.

There’s publishing to multiple destinations. A sidebar for build issues. Themes for the entire workspace. A new Terminal.