It’s doubtful that this will come as a huge surprise to anyone, as the two devices are identical in design and appearance, with the major difference being the Series 5’s Always-On display.

While iFixit said it had wanted to  get a closer look at what makes the Series 5 always-on display “tick,” the real improvements that are included in the display tech are “invisible to the human eye.” 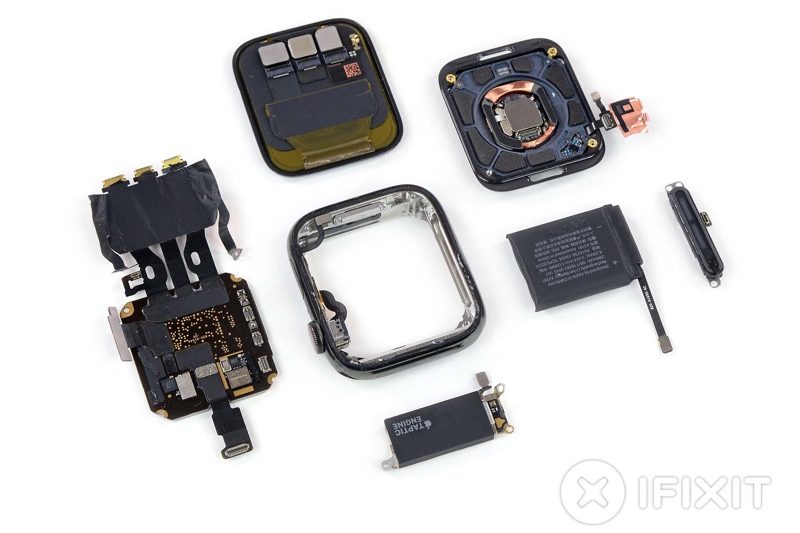 There are also minor differences in the connectors for the Taptic Engine, display, and battery, which means components are not interchangeable, but otherwise the guts are “very similar.”

iFixit awarded the Apple Watch Series 5 a repairability score of 6 out of 10 (with 10 being the easiest to repair).