The Pixelmator Team has released Pixelmator Pro 1.5 Avalon, a major update to the award-winning Mac image editor. The new update adds support for the new Mac operating system, macOS Catalina, as well as support for the upcoming Mac Pro and Pro Display XDR.

Pixelmator Pro 1.5 Avalon brings support for Sidecar and Apple Pencil, allowing Pixelmator Pro users to extend their desktop workspace to their iPad and take advantage of the precision of Apple Pencil to paint, retouch, and illustrate with unmatched ease and accuracy. The double-tap gesture of Apple Pencil is also fully supported.

Pixelmator Pro also fully supports Touch Bar, and handy controls appear when using Sidecar even if your Mac doesn’t have a Touch Bar.

The app’s editing engine has been updated to take full advantage of the new Mac Pro. With multiple graphics processors in Mac Pro, users will see big performance boosts in Pixelmator Pro and performance increases even more with each additional GPU. Thanks to multi-GPU processing, Pixelmator Pro applies the new Core ML-powered ML Denoise up to 2.5 times faster and renders effects up to 2 times faster on Mac Pro with 2 GPUs compared to iMac Pro. 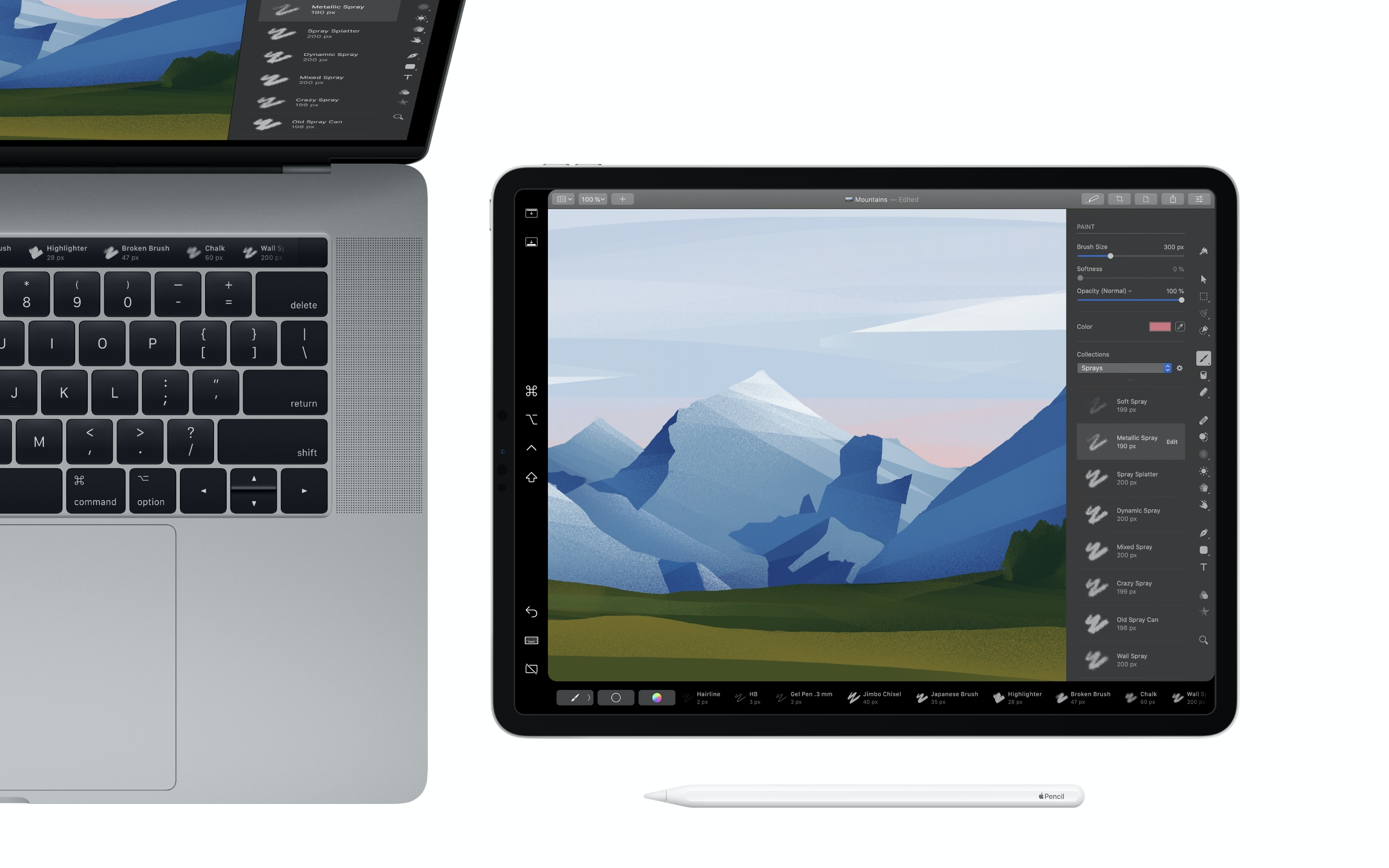 The Complete List of New and Updated Features, as Well as Fixes, Includes:

• Pixelmator Pro is now fully compatible with macOS Catalina, including support for Sidecar and SF Symbols.

• Take full advantage of the power of the new Mac Pro thanks to multi-GPU support and an optimized Metal architecture in Pixelmator Pro.

• Unlock new RAW editing workflows with the new Pro Display XDR and EDR Mode in Pixelmator Pro to use the full 1600-nit peak brightness of the incredible new display.

• Use the new ML Denoise to intelligently remove noise and even image compression artifacts from photos.

• Enjoy significant performance improvements to zooming and scrolling (at least 10x), effects (up to 3x), and painting (up to 2x).

• Zooming and scrolling are now at least 10 times faster thanks to asynchronous rendering. Plus, it’s always responsive, even if the image preview isn’t quite yet ready.

• Zooming is even faster in any Mac with multiple GPUs as any integrated, discrete, and external GPUs will be used to speed it up.

• Effects will now be applied and rendered up to 3 times faster.

• All painting tools (including brush-based retouching tools) are now up to 2 times faster.

• The Color Adjustments, Effects, and Zoom tools now have shortcut menus on the canvas to adjust image zoom and customize viewing.

• For any images without a color profile, the Info bar will now show No Color Profile instead of Device RGB.

• The standard sRGB IEC61966-2.1 color profile will now be shortened to sRGB in the Info bar.

• In the Color Profile pop-up menu, None has been moved to the bottom of the list and any custom color spaces will be shown at the top.

• The Free mode in the Free Transform Mode has been renamed to Resize (because that’s what it actually does).

• An alert will now appear when documents cannot be saved due to insufficient permissions.

• Text in SVG files was being displayed incorrectly. Fixed.

• Using the Export command in the File menu would sometimes export smaller than expected images. Fixed.

• Attempting to save documents with very complex selections would sometimes cause Pixelmator Pro to quit unexpectedly. Fixed.

• When copying and pasting between documents, certain layers would occasionally be positioned incorrectly. Fixed.

• Occasionally, when painting on layers, they would shift slightly. Fixed.

• When converting rotated vector shapes into pixels, they would sometimes shift slightly. Fixed.

• In some regions, the Color LCD color profile would not be displayed correctly in the Color Profile and Export windows. Fixed.

• When using the Free Selection tool, the cursor would not update when moving it from the Tool Options pane onto the canvas. Fixed.

Pixelmator Pro 1.5 Avalon is $39.99 (free to users of previous versions) and is available in the Mac App Store. [GET IT HERE]