Apple today officially announced its much-anticipated 16-inch MacBook Pro. The new laptop, which sports the largest screen of any MacBook Pro since Apple discontinued their 17-inch model, will be priced the same as the 15-inch MacBook Pro that it replaces.

The all-new MacBook Pro features a 16-inch Retina Display, the latest 8-core processors, up to 64GB of memory, next-generation graphics with up to 8GB of VRAM and a new advanced thermal design, which Apple says makes it the most powerful MacBook Pro ever.

The new MacBook Pro features a redesigned keyboard, with a redesigned scissor mechanism and 1mm travel for “a more satisfying key feel.” The new Magic Keyboard also features a physical Escape key and an inverted-“T” arrangement for the arrow keys, along with Touch Bar and Touch ID. 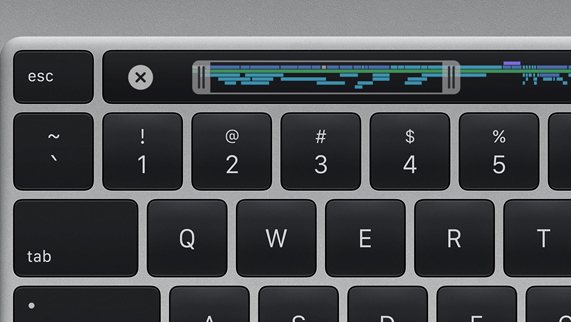 At 16 inches, the new laptop’s screen is the largest Retina notebook display ever. Featuring a resolution of 3072×1920 and a higher pixel density of 226 ppi, the 16-inch Retina display delivers nearly 6 million pixels.

“Our pro customers tell us they want their next MacBook Pro to have a larger display, blazing-fast performance, the biggest battery possible, the best notebook keyboard ever, awesome speakers and massive amounts of storage, and the 16-inch MacBook Pro delivers all of that and more,” said Tom Boger, Apple’s senior director of Mac and iPad Product Marketing. “With its brilliant 16-inch Retina display, 8-core processors, next-gen pro graphics, even better thermal design, new Magic Keyboard, six-speaker sound system, 100Wh battery, up to 8TB of storage and 64GB of fast memory, the 16-inch MacBook Pro is the world’s best pro notebook.”

The device’s fan design features a larger impeller with extended blades along with bigger vents, resulting in a 28 percent increase in airflow, while the heat sink is 35 percent larger, enabling significantly more heat dissipation than before. Together, these advancements in cooling capacity allow the 16-inch MacBook Pro to sustain up to 12 more watts during intensive workloads than the previous design. 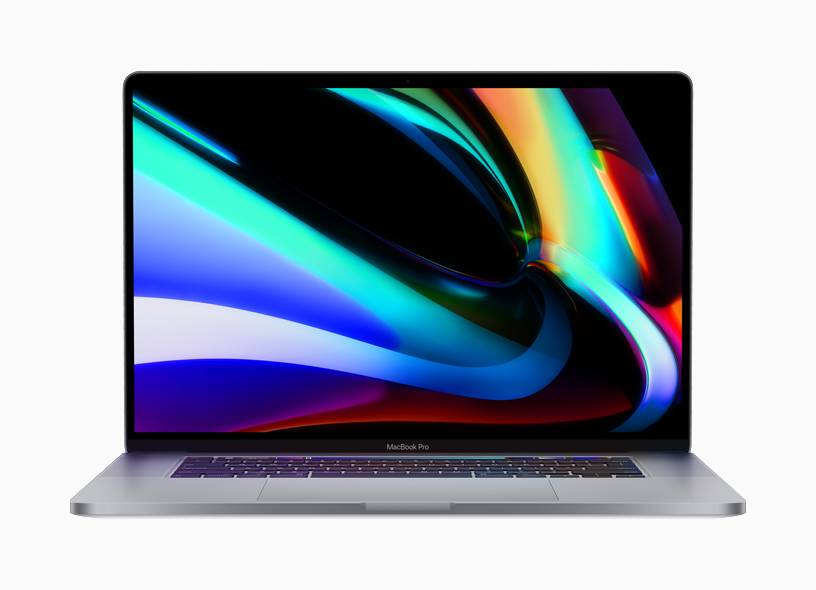 The 16-inch MacBook Pro features the latest 6- and 8-core 9th-generation processors with Turbo Boost speeds up to 5.0 GHz, which deliver up to 2.1 times faster performance than the quad-core 15-inch MacBook Pro.

When compared to the fastest quad-core 15-inch MacBook Pro:

The MacBook Pro features a 100Wh battery — the largest ever in a Mac notebook — for an additional hour of battery life of up to 11 hours of wireless web browsing or Apple TV app video playback.

The new MacBook Pro doubles the SSD storage to 512GB and 1TB on standard configurations. And for the first time, MacBook Pro can be configured with a staggering 8TB of storage — the largest SSD ever in a notebook.