Apple’s new Mac Pro and Pro Display XDR were announced back in June, and Apple said the duo would be available in December, but had not announced a specific date. The suspense is now over, the pair will be available to order on December 10. The date has been revealed via an email Apple is sending out to customers. 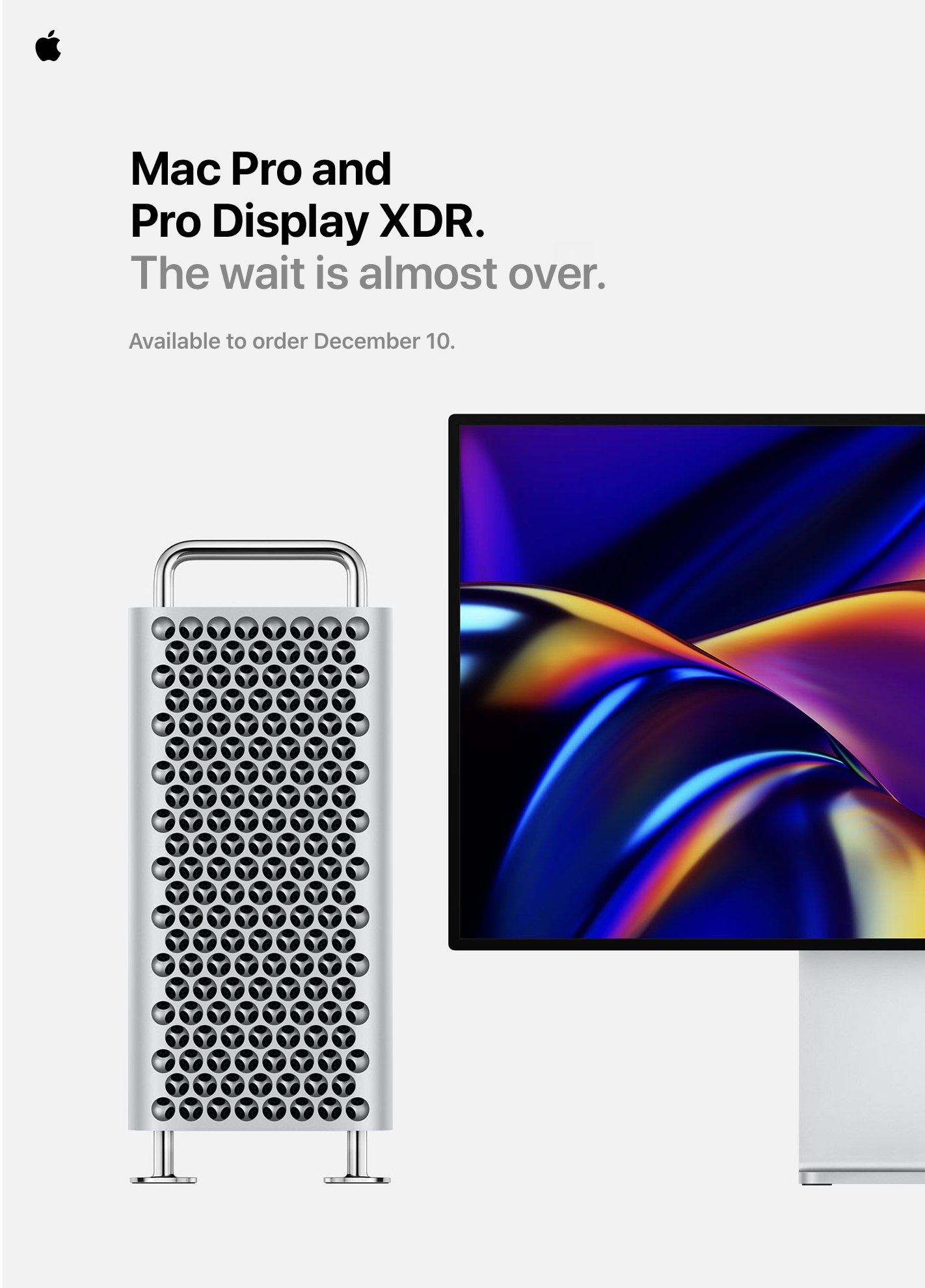 While the release date was originally offered up as “this fall,” the email going out now is the first time a specific date has been announced for customers to actually put in an order for the new dynamic duo. (Technically, Apple is making the original release timeframe, as December 10 is still in the fall, as winter doesn’t officially start until the 21st of December.)

Marques Brownlee on Twitter revealed that he had received the email:

Take note that Apple’s email announcement says the Mac Pro and Pro Display XDR will be “available to order” on December 10th, which doesn’t mean they’ll be immediately available that day, only that they can be ordered. It’s a safe bet that many, of not most, buyers will be ordering customer configurations, meaning shipping will take longer.