Manhattan District Attorney Cy Vance Jr. has built and now oversees a $10 million high-tech forensics lab that was built for one purpose – to crack the encryption on iPhones.

A new profile by Fast Company shows off a lab equipped with “mind-bending hardware”  and run by a team of tech experts, including ex-military. The facility itself is housed inside what “looks like an artifact from the Apollo program, shielded by two airtight, metallic doors that are specially designed to block electromagnetic waves.” Blocking electromagnetic waves is crucial, as it prevents the iPhones they are attempting to crack from being remotely wiped of their information.

Vance’s team currently has thousands of iPhones in the facility, all in various stages of being cracked. A supercomputer generates 26 million passcodes per second, while a robot works to remove memory chips without the need for heat. Other specialized tools can be used to repair damaged devices to make the information on them accessible once again. 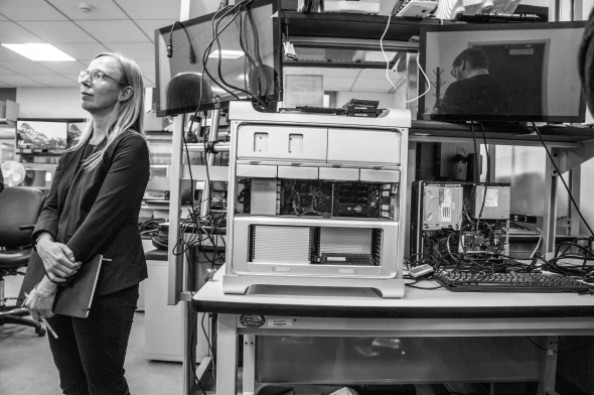 Proprietary workflow software tracks every iPhone kept at the facility, as well as their software and their relative importance. This helps investigators decide which ‌iPhone‌ to work on next, as well as which of them might be able to be accessed using the latest third-party solution.

Vance has long been a critic of Apple and other tech firms’ encryption methods, a has called on the government to introduce legislation to force the companies in question to install backdoors to allow access to criminals’ devices. Vance claims 82% of the smartphones that come into the unit are locked, and “about half” can be cracked.

Vance strongly believes that it’s “not fair” that Apple and Google can prevent law enforcement officials from accessing smartphones.

“That’s not their call. And it’s not their call because there’s something bigger here at issue rather than their individual determination of where to balance privacy and public safety. What’s bigger is you’ve got victims and you’ve got a law enforcement community who have strong imperatives that should be recognized and balanced equally with the subject decision-makers by the heads of Apple and Google. Today, I think it’s unbalanced.

For its part, Apple argues that it cooperates with law enforcement by providing iPhone data from the users’ iCloud accounts. However, Vance says that’s not enough, as “serious criminals” don’t have iCloud backups, and a user can choose what is stored in the cloud. And, asserts Vance, “in many cases” a backup doesn’t take place between when a crime is committed and when the iPhone is shut off.

For an in-depth look at New York City’s High Technology Analysis Unit and facility, you are encouraged to read the entire Fast Company profile.