A Grant, Nebraska, farmer credits his Apple Watch with saving his life. The wearable device automatically alerted 911 when 92-year-old Jim Salsman fell off a ladder, plunging 21-feet to the ground below.

The retired farmer is currently recovering from a broken hip and other injuries at the Madonna Rehabilitation Hospital in Lincoln.

Salsman says he claimed a ladder last month to secure a grain bin from pigeons. While he was up on the ladder a gust of wind pushed his ladder about 2 feet.

“It was just a dumb stupid mistake on my part,” said Salsman.

After Salsman hit the ground, he was in horrible pain. He tried to roll to his truck, but it was several hundred feet away. No one else was around at the time. He attempted to tell his Apple Watch to get help. 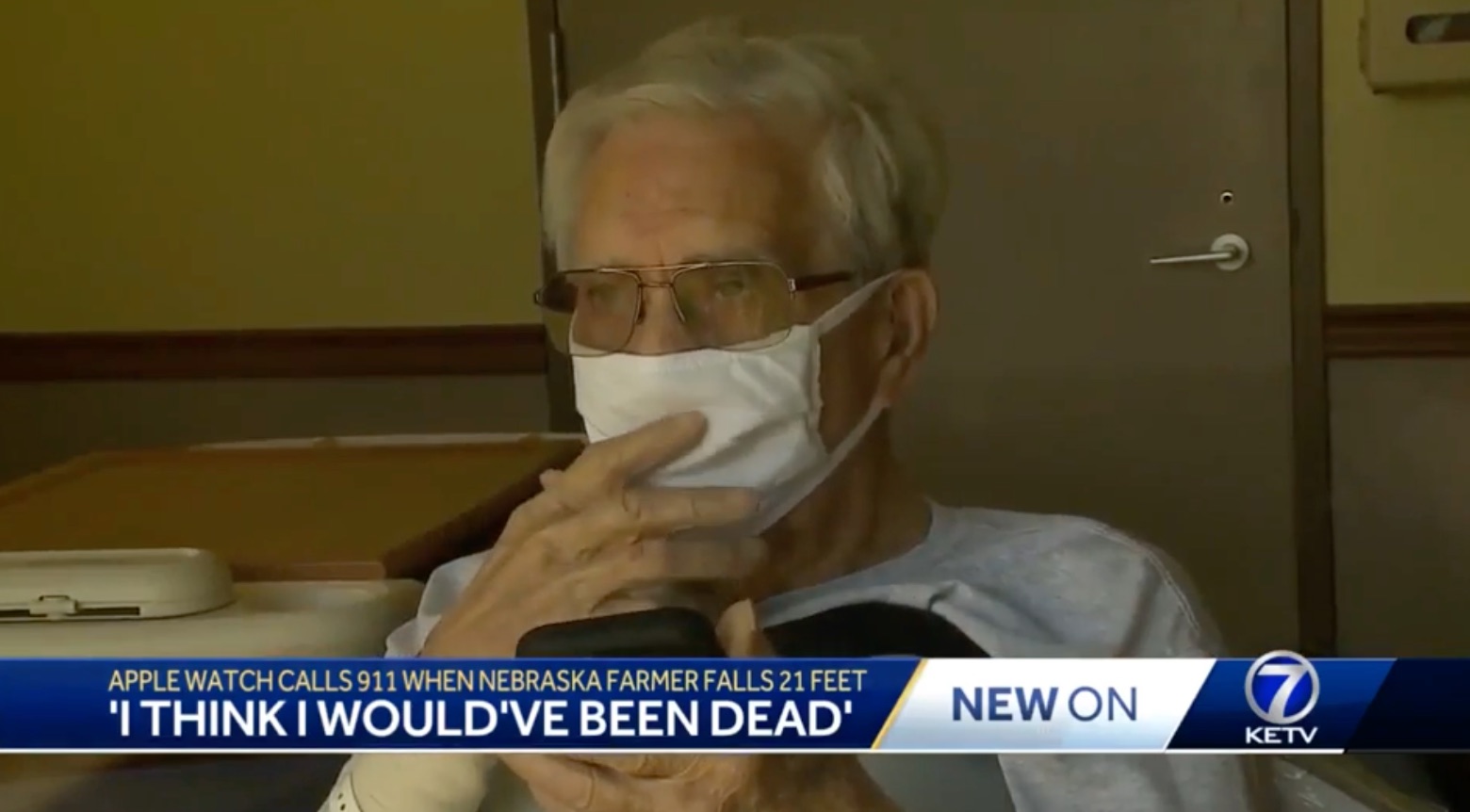 “I talked into it, ‘Hey Siri Jim Salsman, hurt bad on the farm,'” he said.

He didn’t realize that his Apple Watch, which includes a fall alert system, had already sent a distress alert to the Grant Volunteer Fire Department. They responded that they were on their way and found Salsman using GPS.

“They’ve lived through droughts and blizzards, and getting cattle in the middle of the night in cold winter weather, so they just had to deal with a lot of adversity over time. And it just becomes a part of them I think,” said Ron.