Amazon today unveiled a revamped Alexa mobile app for iOS and Android devices. TechCrunch says the new version is designed to offer a more personalized experience on users’ home screens and offers more instructions on how and when consumers can use the digital assistant, among other changes.

A new home screen offers a large Alexa button at the top, to encourage users to either tap the button or say “Alexa” to get started. The app has moved its third-party skill suggestions off the main screen, to increase focus on how consumers are actually using Alexa.

Amazon makes task suggestions designed to help users get more out of Alexa. The suggestions are based on how the customer has used the app in the past, and which Amazon services they use, such as Audible, Amazon Music, reminders, and more. First-time users will see a wider variety of suggestions and tips on what can be done through the app. 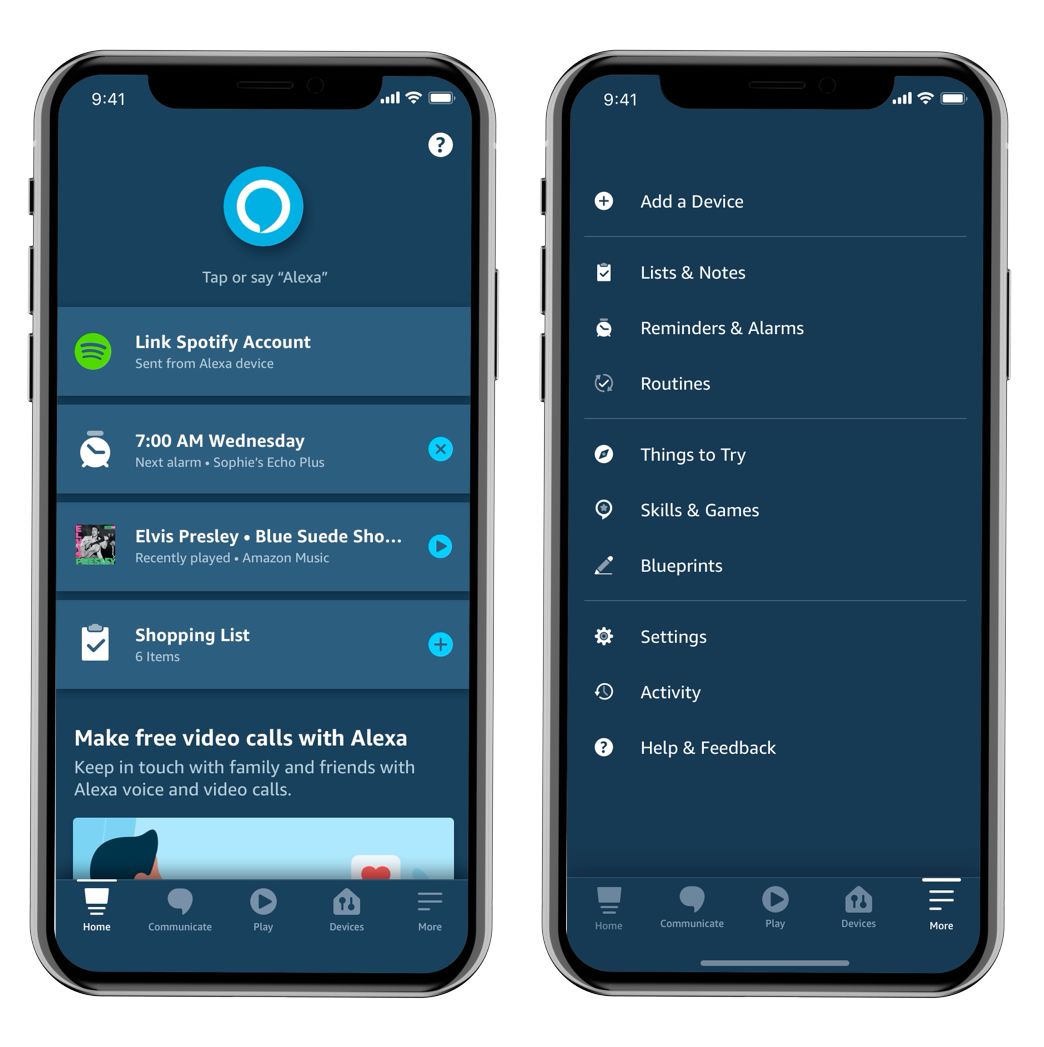 Users may also see controls for frequently accessed or currently active features, such as the volume level for their Echo devices, so they can pick up where they left off, Amazon says.

In addition, the new app notably deprioritizes Alexa’s third-party voice apps (known as “skills”), as many Amazon customers were not using the feature. Amazon’s first-party offerings, like shopping and media playback, are now the focal point of the home screen.

The new Alexa app will be rolling out around the globe over the next month on iOS, Android, and Fire OS devices, and it should be available to everyone by late August.