Once upon a time, Apple prototyped a first-generation Mac mini with a 30-pin dock connector on the top that connected to an iPod nano.

Twitter user @DongleBookPro on Sunday shared images of a prototype first-generation Mac mini that includes the iPod nano connector. Other than the 30-pin connector, the Mac mini appears to be identical to the version that first hit the market in 2005.

No released Mac ever included a dock such as is shown in the photos and always required a cable for syncing. This makes it interesting that Apple ever seriously considered adding an iPod dock to the Mac. 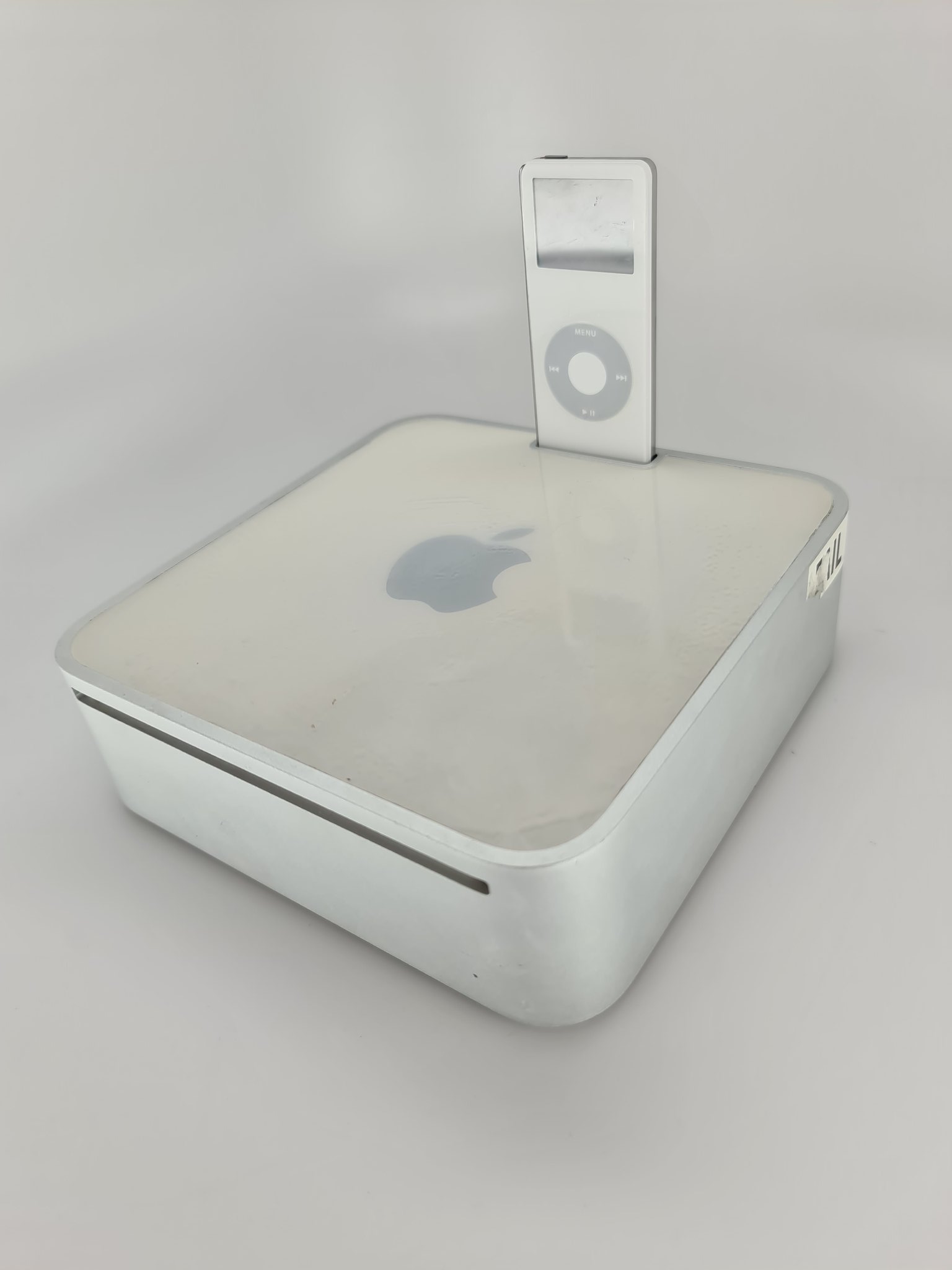 @DongleBookPro says the project was scrapped internally before it saw the “light of day.” The displayed ‌Mac mini‌ would have only been compatible with the first and perhaps second generation of the music player, as the design was changed in later generations.