Apple’s Apple Watch continued to be the top dog in the North American wearables market during the second quarter of 2020, says a new report by Canalys.

While the shipments of wearables grew 10% in the North American market in Q2 2020, the value of the market remained flat year-over-year. Low-end activity tracker shipments boomed, meaning the average selling price of a wearable dropped by 11%, down to $235. That surge offset the third consecutive decline in smartwatch shipments. 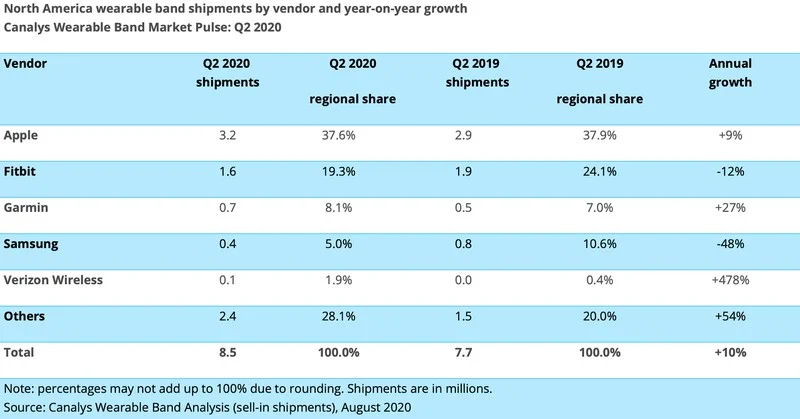 North America was one of only two regions to show sustained wearables demand among consumers, with quarter-on-quarter growth.

Canalyst predicts that in 2021, medical-oriented devices will move certain products into an elevated tier, creating stronger differentiation between casual fitness and advanced health tracking. The upcoming Apple Watch Series 6 could be a part of this move, as it is expected to offer new health-tracking features, including blood oxygen monitoring.