Mobile app spending continues to benefit during the COVID-19 pandemic, with mobile app spending increasing 20% year-over-year increase, and also showing a surge in the amount of time spent in apps. The information comes from a new report from App Annie (via TechCrunch).

Non-gaming app downloads on iOS accounted for 70% of downloads while accounting for 55% of Google Play Store downloads.

China and the U.S. were the top two markets by download count on the iOS platform, while India and SouthKorea both showed significant download growth. Games, Photo and Video, and Entertainment were the top download categories and the top categories when ranked by consumer spending.

App spending grew on the iOS app platform by 20% year-on-year to $18 billion, while Google Play showed a 35% year-on-year increase to over $10 billion. An increase in subscriptions contributed to those numbers, accounting for 35% of spending on iOS and 20% on Google Play. The U.S. and Japan led consumer spending in both stores. 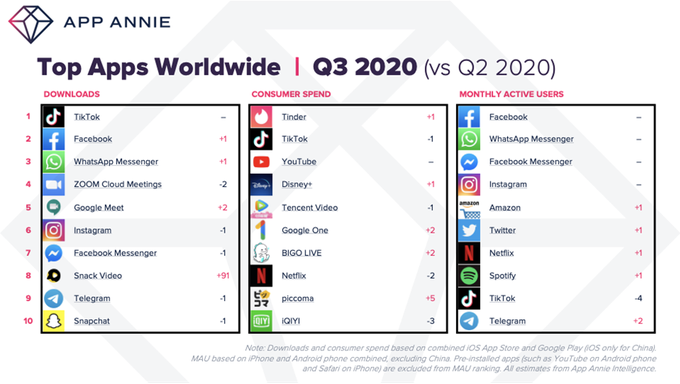