Apple on Monday received FCC approval for its MagSafe Duo Wireless Charger accessory, indicating a release for the accessory in the near future. (MagSafe reviews also began going live today, meaning a release is imminent.)

The FCC filing – which includes user manuals, images, and more – describes a “two coil charger” device with a model number of A2458. 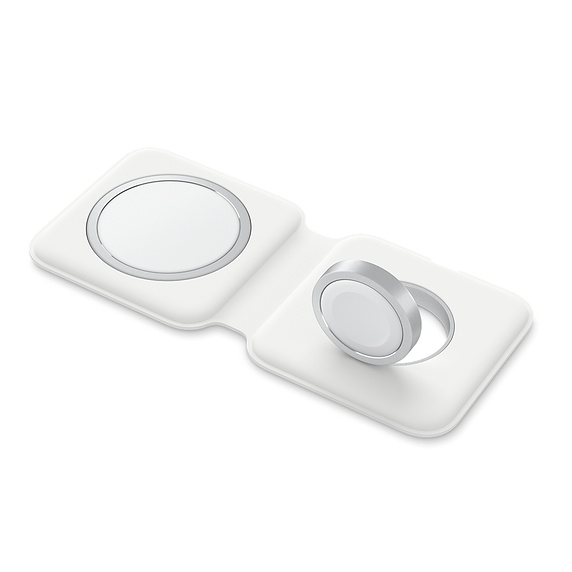 Apple has also received regulatory approval for the ‌MagSafe‌ Duo in other countries, including Korea.

Apple could announce the availability of the charger during today’s live-streamed event, which will kick off at 10:00 a.m. Pacific Time.

Apple announced the MagSafe Duo during its October iPhone 12 event, along with a lineup of other MagSafe accessories. At the time of this writing, the MagSafe Duo Charger is still listed as “Coming Soon” on the Apple online store. The charger will be priced at $129 when it is released and combines a MagSafe Charger for the iPhone, as well as an Apple Watch charging puck for the Apple Watch in a fold-over design.

Initial reviews for the MagSafe Duo Charger says the charger works well but offers a questionable build quality with its rubber casing. The charger does not include a power adapter. A TechCrunch review called it “a bit underwhelming” and said it’s not worth the money.