Apple dropped to third place in the worldwide smartphone vendor rankings for the second quarter of 2021, according to smartphone shipment estimates shared on Thursday by Canalys.

Samsung was the most popular smartphone maker with 19% market share and 15% growth, while Xiaomi earned a 17% market share thanks to its 83% growth in smartphone sales during the quarter. Apple held a 14% market share, followed by Oppo and Vivo with 10% each. 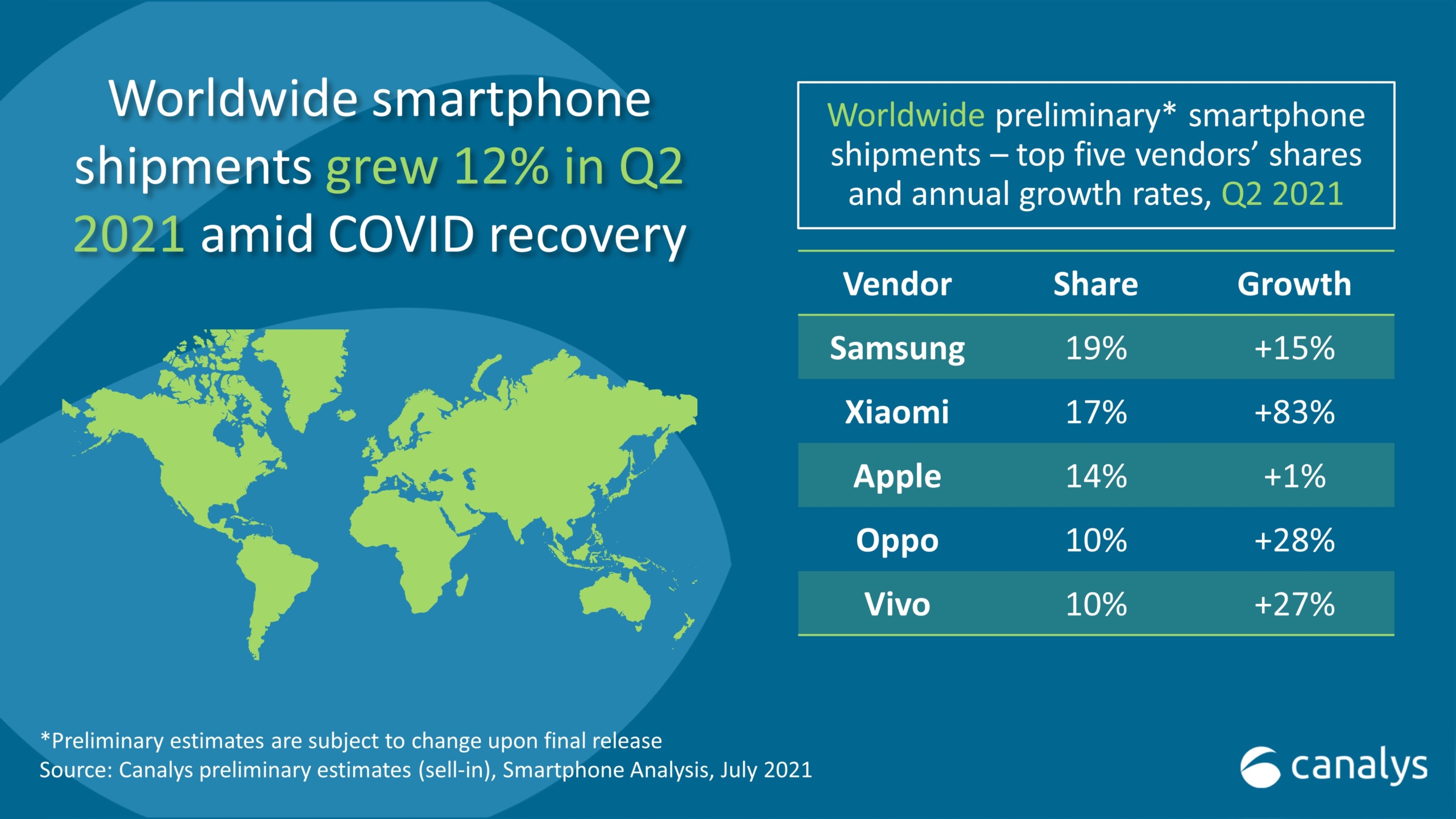 Xiaomi’s growth was due to its overseas business, with the company increasing shipments by more than 30% in Latin America, 150% in Africa, and 50% in Western Europe. Xiaomi is known for its lower-priced devices, with an average selling price that is around 75% cheaper than Apple’s iPhone lineup.

We see global smartphone shipment numbers vary from quarter to quarter, with Apple and Samsung traditionally taking the top spots.