Working and learning from home means compromising on meeting space with coworkers and with educators. Zoom, Skype, FaceTime, Google Hangouts, and Microsoft Teams have gone a long way to help with seeing the people that we need to interact with on a daily basis. Enter Beyerdynamic’s Phonum $219 Bluetooth wireless speakerphone puck with a multi-mode enabled beamforming small-diaphragm condenser microphone system.

The audio side to any conferencing equation can be painful, especially when trying to present slides or selling to a client. The microphones in your phone or laptop, excluding the latest Apple MacBooks, were not made for these tasks. 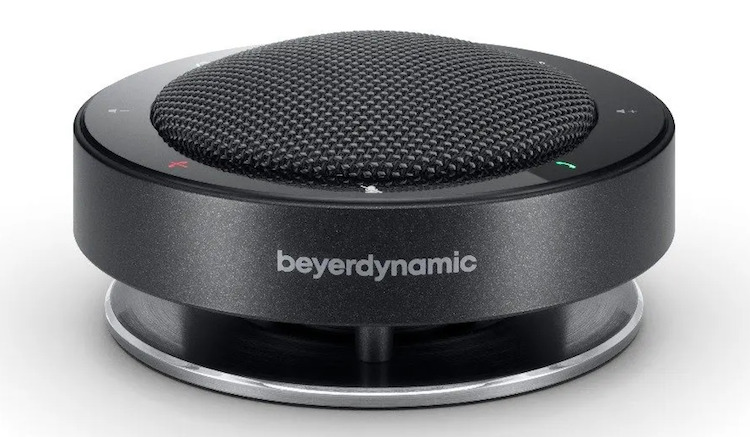 Its 3.5W down-firing speaker seems to produce clear audio, even while conferencing with multiple people in a single room. Its automatic noise and echo cancellation shines in these scenarios. Some people like to walk around a room while presenting slides to coworkers or a client. The Phonum has built-in automatic gain control along with a mode with a beamforming microphone for this specific situation. Need to mute while conferencing, that touch control option is always lit.

No longer does your laptop, smartphone, or tablet work-from-anywhere lifestyle need to be interrupted. This Beyerdynamic portable gadget comes with a 2,600mAh battery that is rated to last 12 hours, which means it can go for nearly two days of full time use. When it is time to charge the Phonum back up, the kit comes with an included USB-C charging and data sync cable. Curiously, it does not come with a wall charger. You will have to supply that. The speakerphone can be charged while in use, a small but important feature that eludes a great many Bluetooth speakers. 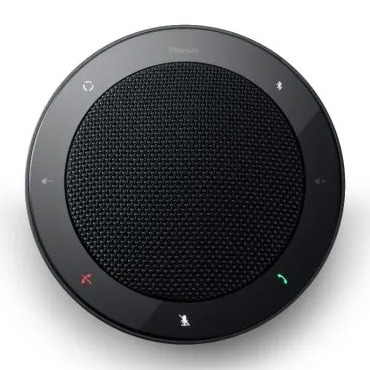 A card inside of the box offers the user a website to visit to download transfer software and new firmware for the Phonum. The firmware updates promise to increase the device’s ability to produce clear sound. I have had experience in the past that if an audio device is working and sounds dialed in, it is best not to update its firmware, as that can change the dynamics of how the device sounds. Most notably, this happened when Apple released a firmware update for their original HomePod.

Companies that make mobile audio gadgets like earbuds and headphones mostly update with a mobile app and automatic firmware updates. The Phonum has neither a mobile app or a way to update its firmware with a smartphone or tablet. This is a con for an otherwise complete mobile solution. Thankfully, firmware updates are not released on a continual basis, so you should be good for many months at a time. 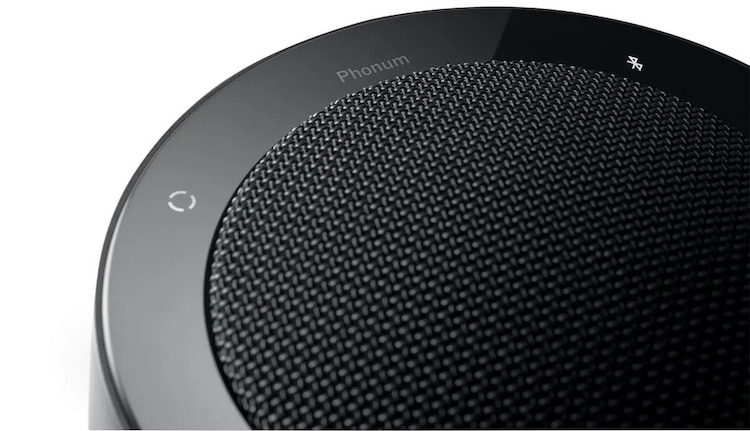 Bluetooth is ubiquitous these days, so connecting the Phonum to my iPhone and iPad Pro were as easy as going to the Settings app and tapping on the Bluetooth option. If you have an Android, it should connect even faster with its NFC tag near the power button. The device makes a quick sound after connecting so you will know it is ready to go. It can be used as a mobile speaker to enjoy tunes with too. From in its carrying case to being connected on a Zoom call only took about 15 seconds.

It is true that nearly all video cameras have microphones built-in. What they do not have is the engineering for echo cancellation, automatic gain control, and a 3-capsule beamforming array in a small diaphragm condenser. The Phonum’s portability allowed it to be placed closer to who was speaking, which greatly increased who could hear me on the other end of my calls. The pros far outweigh its small cons to be one of my top picks for video or call conferencing, while at home or on the road.

Disclosure: This product has been supplied at no cost for review. All thoughts and opinions are my own and I was not paid by the manufacturer for the review. Photos may be courtesy of the manufacturer.