Apple today unveiled its new ninth-generation iPad, which features an A13 Bionic chip that boasts up to 20% better performance, an upgraded front camera, a True Tone display, and more.

The new iPad front-facing camera features an upgraded 12MP ultra-wide front camera with Center Stage. As users move around, Center Stage automatically pans the camera to keep them in view. When others join in, the camera detects them too, and smoothly zooms out to include them in the conversation. Center Stage makes video calls more natural in FaceTime as well as third-party video-calling apps. 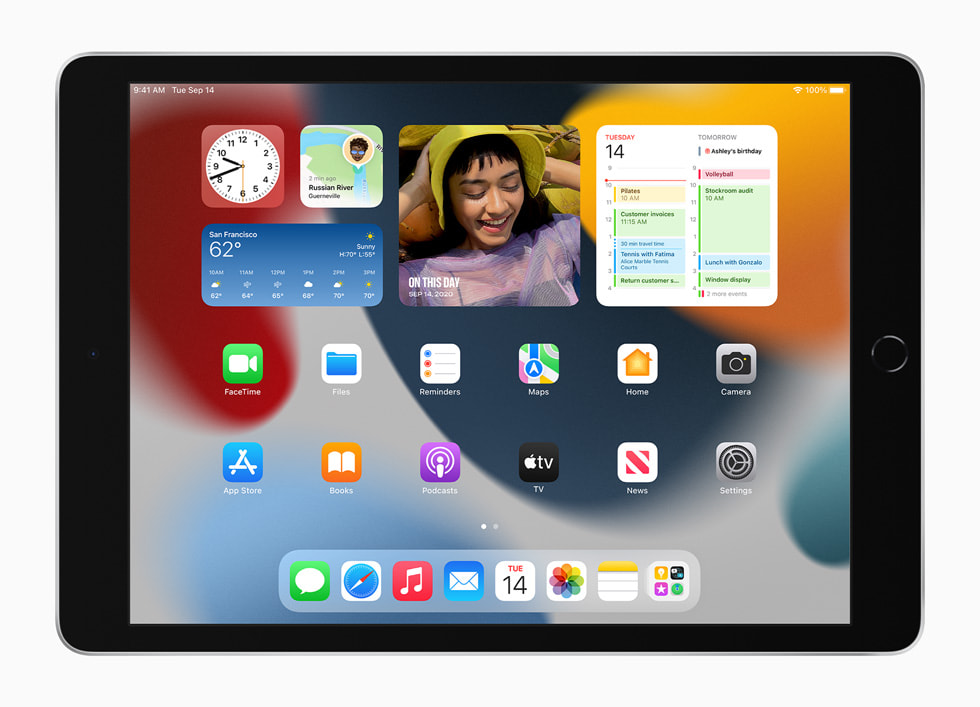 True Tone comes to the iPad for the first time. A new, upgraded ambient light sensor enables True Tone, which adjusts screen content to the color temperature of a room.

The base iPad boasts 64GB of storage, double the storage of the previous generation. A 256GB option is also available.

The new iPad is available to order beginning today online and in the Apple Store app in 28 countries and regions, including the US, with availability beginning Friday, September 24. The new ‌iPad‌ starts at $329 or $299 for education customers, while the Wi-Fi plus cellular model starts at $459.