A new report from analytics firm Sensor Tower notes that consumer spending on the top 100 non-game subscription-based apps across mobile platforms grew 41% year-on-year to $18.3 billion in 2021, up from 13 billion in 2020.

Revenue from subscription apps on the App Store and the Google Play Store accounted for approximately 14% of the $131.6 billion that consumers spent on in-app purchases last year, up from 11.7% in 2020. 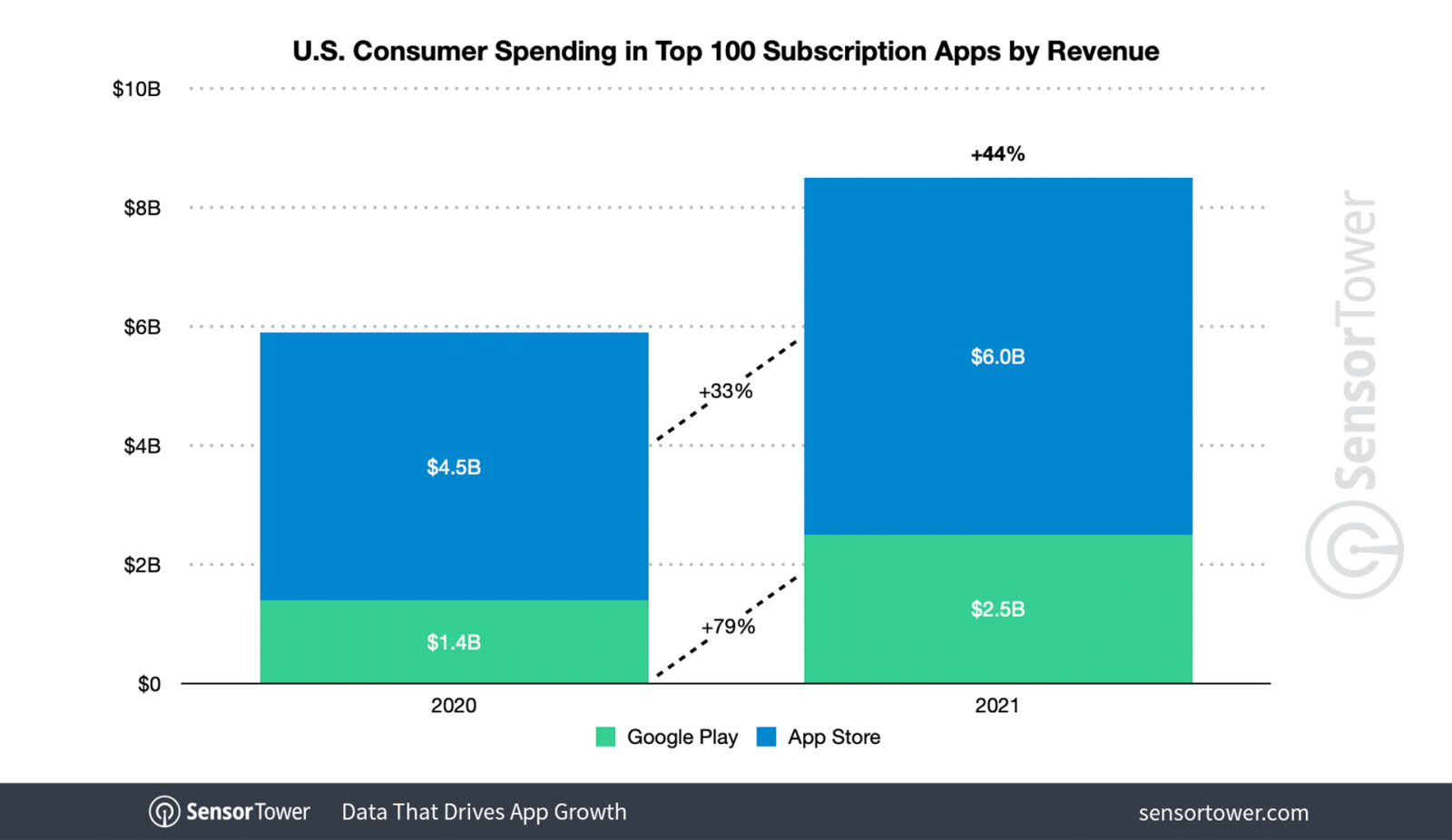 86 of the top 100 earning non-game apps worldwide offered subscriptions during the fourth quarter of 2021, down a point from the 87 apps in the same quarter of 2020.

As usual, spending on subscription-based apps in Apple’s ‌‌App Store‌‌ was quite a bit more than in the Google Play Store:

The only performance indicator in which the Google Play Store beat the ‌‌App Store‌‌ was in terms of year-on-year growth for U.S. user spending on subscription apps, a repeat performance from 2020.

Consumer spending in the U.S. saw a similar breakdown, with the top 100 subscription apps generating $6 billion on the App Store, up 33 percent Y/Y from $4.5 billion. The cohort saw approximately $2.5 billion in consumer spending on Google Play, up 79 percent from $1.4 billion in 2020. 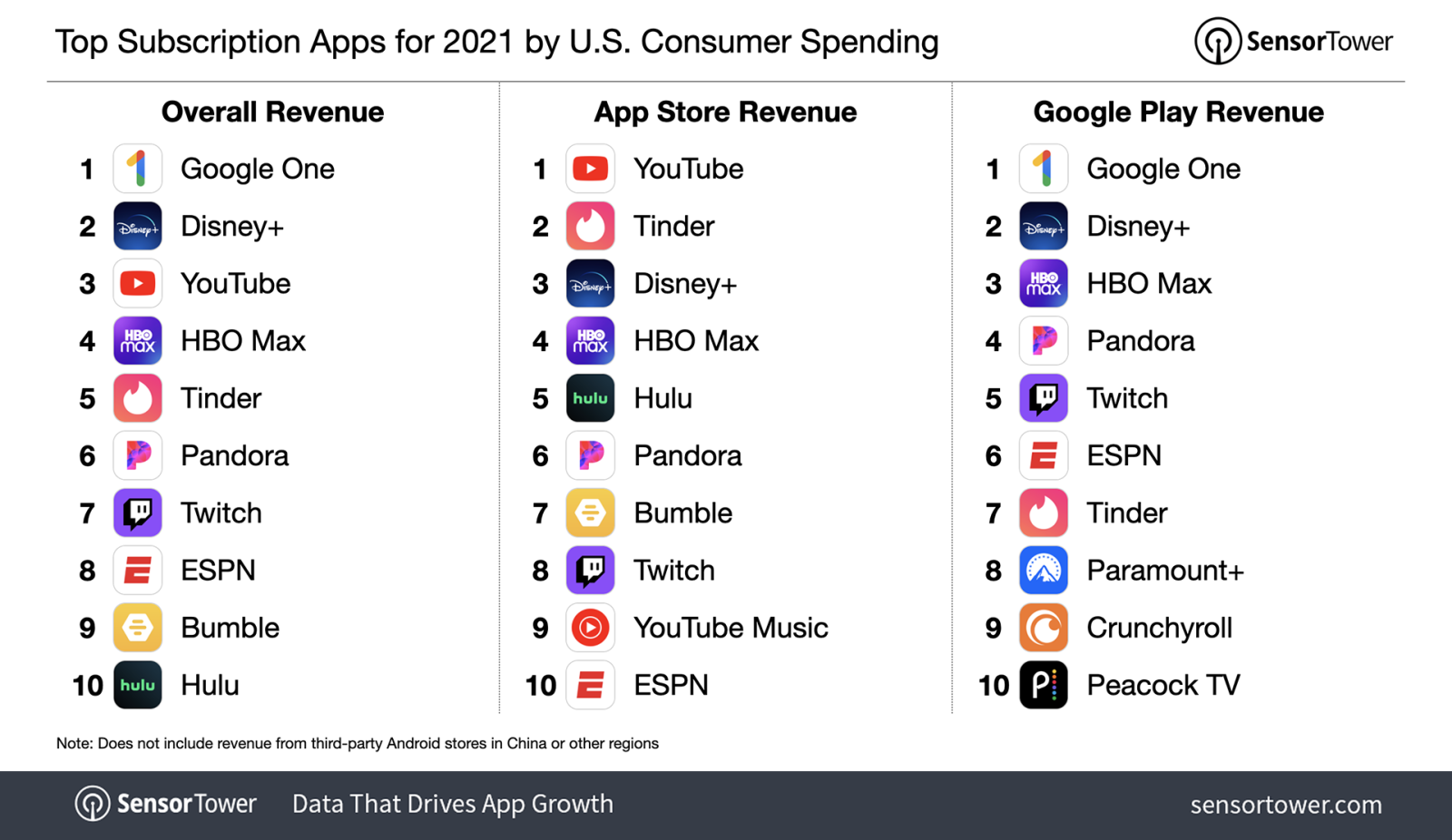 Usually, Apple takes a 30% cut of the action when it comes to app revenue. However, Apple’s cut drops down to 15% on subscriptions where a customer has subscribed for longer than a year.