Another rare Apple-1 computer is up for auction, and it has already scored an opening bid of more than $250,000. The rare Apple-1 was the first Apple computer created and sold by Apple Computer’s co-founders, Steve Jobs and Steve Wozniak. 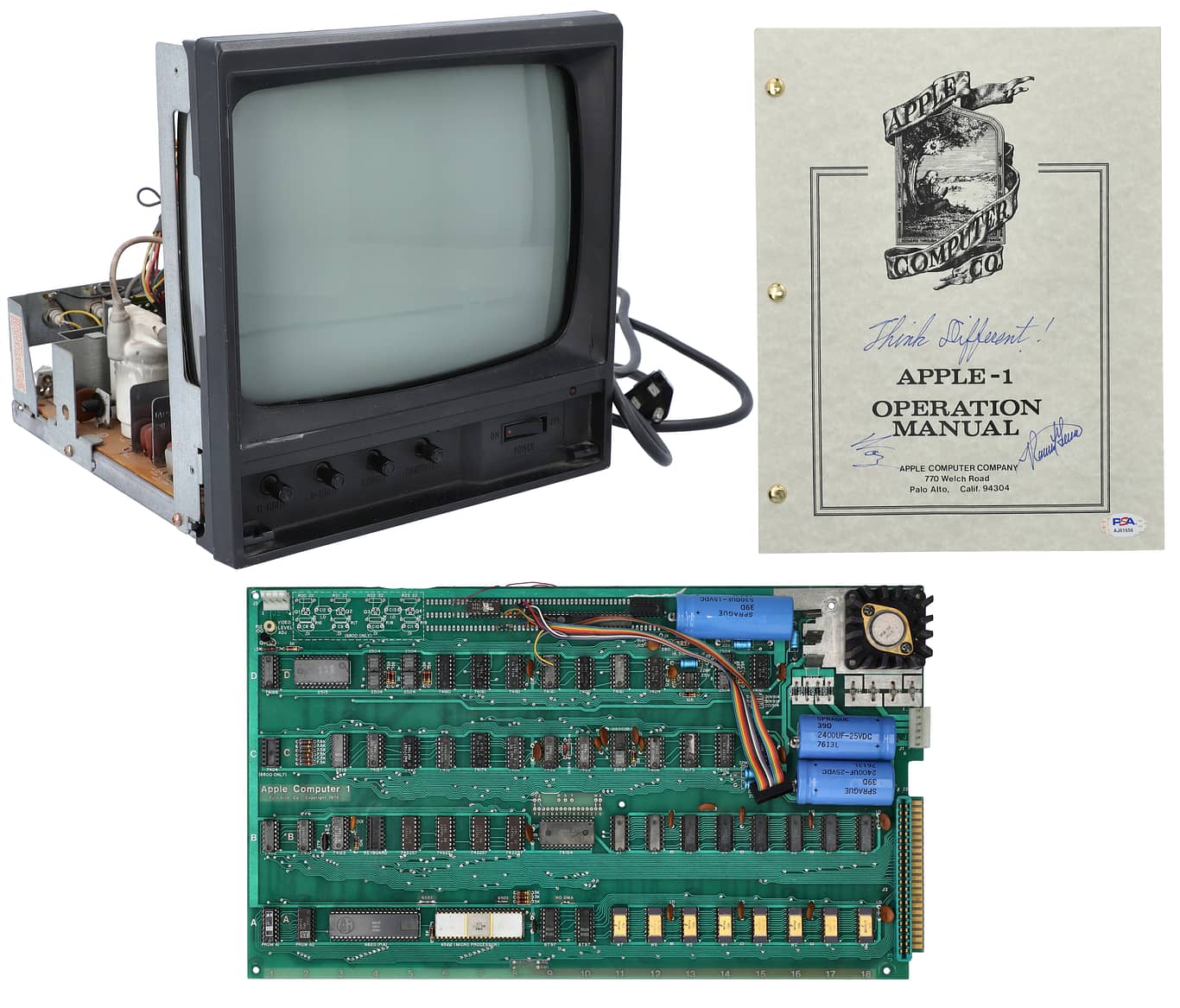 The computer has been confirmed to be in working order by one of the first employees to work at Apple, Daniel Kottke. The auction includes a power supply, a Sanyo VM-4509 monitor, and a Datanetics keyboard. It also includes a modern cassette interface, power supply, connecting cords, and a reproduction of the original operation manual signed by Steve Wozniak and Ronald Wayne.

The Apple-1 was the first Apple product to be sold and marked the start of the personal computer industry. In the 21st century, we are accustomed to purchasing computers that come complete with all parts necessary for use, but this wasn’t so in the dawn of home computing. In 1976, when personal computing was very much the domain of hobbyists, all of the individual components of a computer would have been bought separately.

Steve Jobs and Steve Wozniak were working out of Jobs’ garage at the time and had the idea to produce the first personal computer sold with a fully assembled motherboard. Although the Apple-1 systems were still sold without casing, power supply, keyboard, or monitor, offering a pre-assembled motherboard was something that put Apple far ahead of its competitors. Thus, the company that we now know as Apple Inc., the perennially pioneering company that defined and redefined its industry, was launched.

In all, about 200 Apple-1s were made, and by the end of 1977, the Apple-II had taken over. After the pair officially discontinued the Apple-1, they offered discounts and trade-ins to encourage all Apple-1 owners to return their machines. These were destroyed, and fewer than half of the Apple-1s survived. Presented here is the holy grail of vintage computer collecting, a first batch Apple-1. This first-batch computer is in working condition. This offering, standing at number seven on the Apple-1 Registry, is the only first batch example that has been up for auction in a number of years and is the first Apple-1 ever offered with an authenticated serial number (“01-0050”) handwritten by Steve Jobs. The computer has been verified in working condition by Daniel Kottke, who was one of the first employees to work at Apple when the Apple-1 was being produced. In addition to the computer itself, this computer features a period-correct power supply made by Brittany McGannon, and this offering includes period components in the Sanyo VM-4509 monitor and a Datanetics keyboard. It also comes with a modern cassette interface, power supply, connecting cords, and a reproduction of the original operation manual signed by Steve Wozniak (who inscribed “Think Different!”) and Ronald Wayne, two Apple co-founders in addition to Jobs. This is a truly rare offering, one that may not be seen again in the public marketplace for many years! The computer comes with an LOA from PSA/DNA (AL03580) for the handwritten serial number. Additionally, the manual comes with a COA from PSA/DNA (AJ61656) for the signatures.

The auction site also has up for auction a 1993 Apple MacTV, which was Apple’s first V-computer hybrid, as well as a Steve Jobs name badge, Versace shirt, and leather wallet.

The Apple-1 auction is set to end on Saturday, May 21, so there are still two weeks for additional collectors to enter bids.