The new Apple Watch SE provides activity tracking, high and low heart rate notifications, and Emergency SOS, as well as the new Crash Detection feature and a completely redesigned back case, all for $249 (US). 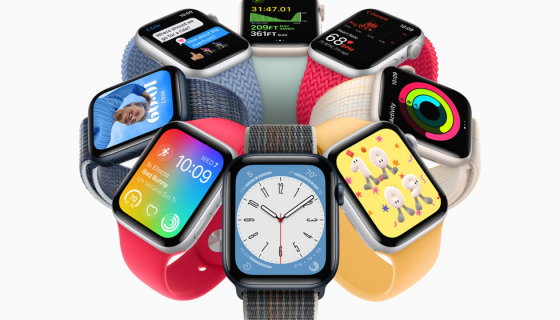 Apple Watch Series 8 features innovative new temperature-sensing capabilities that give women further insights into their health, designed with the same privacy protections as with all other health data.

Apple Watch Series 8 takes a unique approach to temperature sensing with a two-sensor design — one sensor on the back of the watch, nearest the skin, and another just under the display — reducing bias from the outside environment.

The sensors in Apple Watch Series 8 sample the wrist temperature during sleep every five seconds and measure changes as small as 0.1° C. In the Health app, users can see nightly shifts in baseline temperature, which can be caused by exercise, jet lag, or even illness. 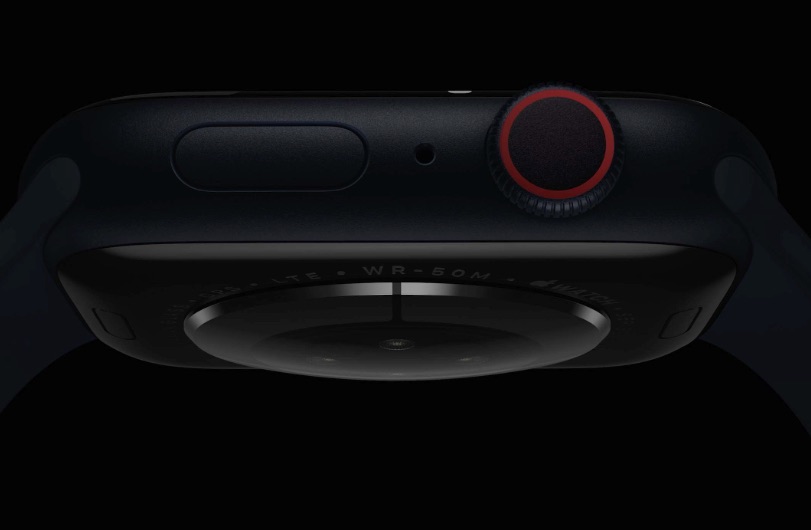 Users can receive retrospective ovulation estimates. Knowing when ovulation has occurred can be helpful for family planning, and Apple Watch Series 8 makes it easy and convenient by providing these estimates in the Health app. Temperature sensing also enables improved period predictions.

Crash Detection is powered by an advanced sensor-fusion algorithm that leverages a new, more powerful gyroscope and accelerometer on Apple Watch. Crash Detection uses the barometer, GPS, and the microphone on iPhone as inputs to detect the unique patterns that can indicate whether a severe crash has taken place.

When Apple Watch detects a severe car crash, the device will check in with the user and dial emergency services if they are unresponsive after a 10-second countdown. Emergency responders will receive the user’s device location, which is also shared with the user’s emergency contacts. When a severe car crash is detected, the emergency services call interface will appear on Apple Watch, as it is most likely to be in closer proximity to the user, while the call is placed through iPhone if it is in range for the best possible connection.

Apple Watch Nike and Apple Watch Hermès also debut new bands and watch faces this fall. Nike has vibrant new Sport Band colors and a new Sport Loop with the “Just Do It” logo woven right into the band.

Apple Watch Hermès introduces two new bands: H Diagonal, which creates a sporty pattern of the Hermès H with hundreds of microperforations, and Gourmette Metal, which features a polished stainless steel chain and noir leather wrapping twice around the wrist. A new Hermès watch face called Lucky Horse complements the new bands and celebrates the equestrian roots of the house with an animated horse that sleeps when the wrist is down and comes alive when it is raised.

Apple Watch SE upgrades include the S8 SiP advanced dual-core processor, the same processor that is in Apple Watch Series 8 and Apple Watch Ultra, making it 20% faster than the previous generation SE, along with Crash Detection and international roaming. 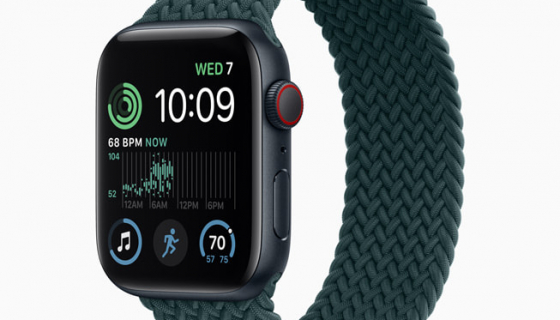 Apple Watch SE maintains the same case design but features a redesigned matching back case made of a nylon composite material. With the release of watchOS 9, Apple Watch SE users will have access to the new Compass app in addition to the enhanced fitness and wellness features. Apple Watch SE is available in 40mm and 44mm aluminum cases, in midnight, starlight, and silver finishes, and is compatible with all bands.