You can now use your AirTag with your Android devices, albeit it doesn’t work nearly as well as with Apple devices. Apple added a new app to the Google Play Store called Tracker Detect. This app has its limitations, but it works just fine to track nearby AirTags, whether they’re yours or not.

Initially, this app was meant to give Android users security. That way, they can discover if they have an AirTag traveling with them without their knowledge or consent. However, it can also be used to track your AirTags if you use both Android and Apple devices.

How to Track AirTags with Android

The new Tracker Detect app will let you scan for AirTags that are close to you, which is a good option if you don’t have your iPhone available.

Unfortunately, unlike with iPhone, you can’t automatically track AirTags with Tracker Detect. Instead, you need to get into the app and start scanning. 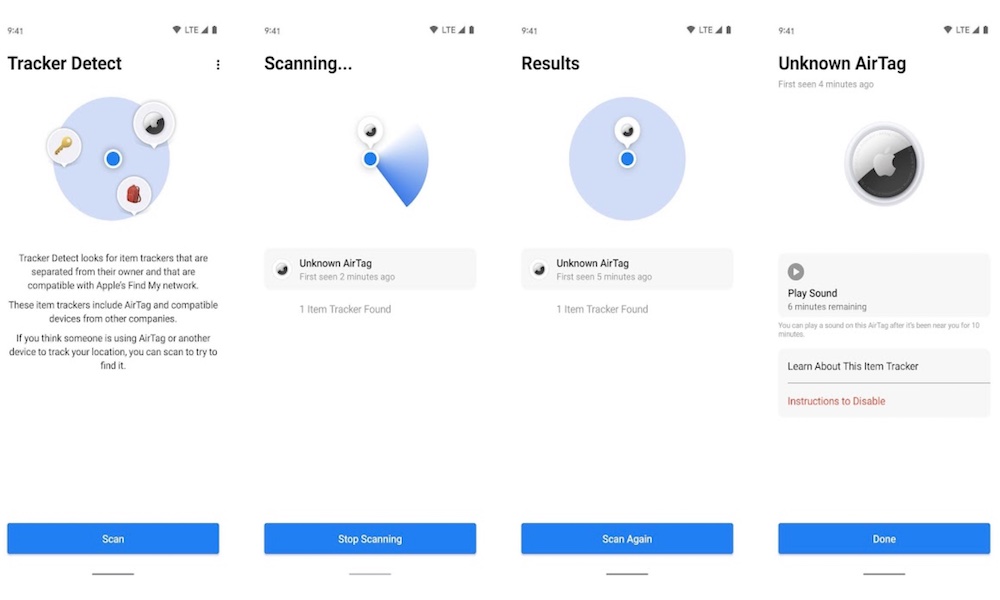 What Can You Do with an AirTag on Android?

If you find an AirTag nearby, you can do a few things with it:

It’s worth noting that this app will work not just with an AirTag, but with other Find My-compatible item trackers like the Chipolo One Spot.

What You Can’t Do on Android

Another downside is automatic scanning, which is something all Android users are complaining about. With iPhone, you can get a notification if an AirTag is close to you without even thinking about opening the Find My app. On the other hand, Android users need to manually scan for AirTags, which you won’t constantly be doing (unless you’re feeling paranoid).

Even though it isn’t perfect, it’s still a way for Android users to track their AirTags, or find out if they’re being secretly tracked by someone else.

What Are Other Options for Both Android and Apple Users?

The Tracker Detect app is far from perfect for Android users. If you want to try a tracker that works great on both Android and Apple devices, you might be better off trying Tile Pro or Chipolo One. They both come in different shapes and sizes, and you can use them on both platforms.