There have been many rumors circulating about the release date of the next iPhone 5.  In addition, even more rumors have surfaced about the introduction of the iPhone 5 or iPhone 4s or maybe both.  What is most concerning, is our continued salivation about the product.  Not that we can’t lust after the newest iPhone; trust me, I am.  Perhaps, we should lower our expectations.

Apple has also been rumored to be introducing a substantially redesigned iPhone 5 alongside this iPhone 4S, although there has been little concrete evidence of such a device showing up in parts leaks or supply chain channel checks.   –macrumors 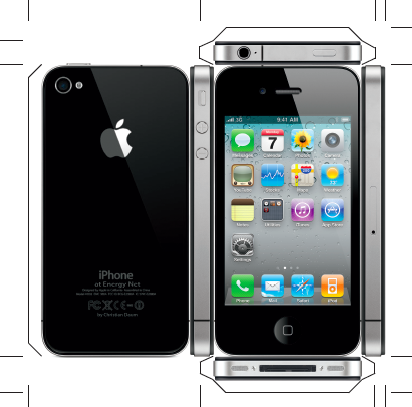 MacTrast and many other sites including, MacRumors, TechCrunch, Gizmodo, etc. have reported all of the new leaks about the upcoming hardware.  No one can pinpoint exactly what the elusive iPhone 5/4S is or will be when released.  This close to a product launch, typically, there have been some major releases that pretty much nail down what we can expect.  Here in lies the problem:

There have been major leaks…

…but they all point to an iPhone 4s!  We just don’t want to believe it.  There have been leaked pictures of hardware, which include the A5 process and larger battery.  There have been “confirmations” about iPhone 4S BUT we have yet to see someone give any definitive information about what the public is terming the iPhone 5.

The iPhone 5 is a publicly created device.  Apple has never said they are releasing an iPhone 5 and after waiting over a year since the last iPhone launch, we can’t imagine Apple not producing a very different version of the iPhone.

We have been spoiled by Steve’s annual improvements.  Perhaps, the iPhone 4s IS the iPhone 5.

This does not speak poorly on Apple if that is the case.  Apple AGAIN revolutionized the phone (intentionally didn’t say “iPhone”) when it released the iPhone 4.  There is not much upon which to improve.  We, the spoiled consumers, just cannot admit or be satisfied that the next iPhone may not be another ground breaking device.  The search for the iPhone 5 continues, but perhaps, we have already found it.

…Please, may I be wrong.

What do you think? Is there actually an iPhone 5 or just a 4s?