Apple products are banned from sale in Iran due to U.S. sanctions. However, that doesn’t prevent unauthorized sales from being big business in the Middle Eastern country. 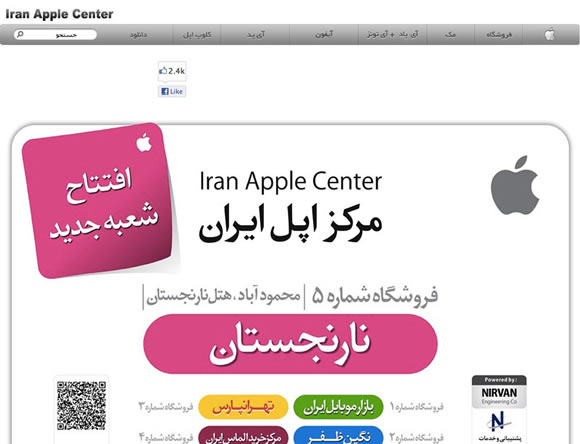 Apple products illegally make their way through “underground trade routes in the Middle East and beyond,” according to Reuters. Author Marcus George detailed in a story published on Friday how iPhones and iPads were once “rare and sought-after,” but are now “de rigueur in Iran among those who can afford them.”

One of the resellers mentioned in the article is “Iran Apple Center”, which runs a website that looks remarkably similar to Apple’s official store. The report says that Apple has been attempting to shut down that particular website.

There are an estimated 100 stores selling Apple products in the city of Tehran, in spite of the U.S. embargo.  Majid Tavassoli, owner of RadanMac remarked that his business was “booming.”

Apple products are reported to be so easily available in Iran that prices for the items are only slightly higher than what they sell for in the U.S.

American companies such as Apple are barred by the U.S. government from selling products in Iran without special authorization. This is part of an attempt to harm Iran’s nuclear program, by financially hurting Iran’s banks and oil industry, which are suspected of financing the development of nuclear weapons.