Microsoft, HTC, Sony Ericsson, and Nokia have joined Amazon in filing a complaint against Apple’s ‘App Store’ and ‘Appstore’ trademarks in Europe claiming they are invalid.

“Today’s filings by HTC, Nokia, Sony Ericsson, and Microsoft, like Amazon’s recent action, demonstrate the breadth of opposition to Apple’s unsupportable claim of exclusivity,” a Microsoft representative said in a statement. “‘App store,’ like ‘toy store’ or ‘book store,’ is a generic term that should continue to be available for everyone to use for stores that sell apps.”

The case may not have legs though. John Paczkowski at All Things Digital notes the phrase ‘App Store’ “didn’t enter the vernacular until 2008, right around the time Apple began popularizing it.” 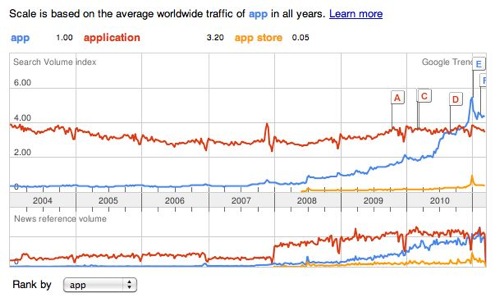