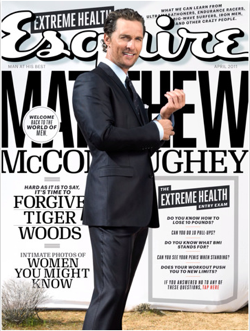 In a big win for consumers, Apple has just struck a deal with publishing giant Hearst to sell in-app subscriptions for iPad.

Hearst, publisher of Esquire, Popular Mechanics and O, The Oprah Magazine, will begin offering in-app subscriptions for the more reasonably priced $1.99 per month or $19.99 per year. While it is unclear if Apple will be taking their standard 30% commission from Hearst, a spokeswoman said, “we came to a fair and equitable deal.”

Currently, each issue must be downloaded as a separate app or per-issue, in-app purchase for the insanely high newsstand price of $3.99 to $4.99. This is a big win for everyone, especially magazine and newspaper readers.

The largest US magazine publisher, Time, Inc., just made a deal with Apple to provide current dead-tree subscribers free access to its iPad editions. Now if we can just get rid of the need for the paper edition on our doorsteps, all will be well in the realm of newspapers and magazines. It’s 2011, aren’t we beyond paper?